A group of experts led by professor, Dr. Vladimir Hachinski of Western University, together with international collaborators Matthias Endres, 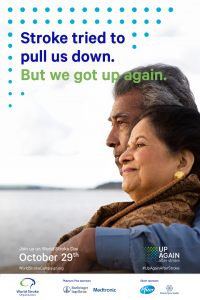 Risk Factors for Stroke and Dementia are the Same

The researchers claim that the risk factors for both stroke and dementia are the same and that there is growing evidence that by preventing strokes dementia can also be prevented. Stroke doubles the chance for dementia and 90% of strokes and 35% of dementias are estimated to be preventable. A stroke also doubles the risk for developing dementia. Thus, they estimate that more than a third of dementias could be prevented by preventing a stroke. The experts hope to achieve this by international and national policies. They are calling for an international consortium to be established to find out just how these ideas could be implemented on a global scale.

Dementia and Stroke Were Examined Separately

Previously, research for dementia and stroke was carried out separately for each one. However, researchers at Western’s Schulich School of Medicine & Dentistry were one of the first medical research institutions to examine them together and how they share on a population level.

According to Dr. Hachinski, they noted that even if a person had only the warning signs of a stroke, and went to a stroke prevention clinic, the chances of dying that year decreased by 26%.

They discovered that over a 12 year period in Toronto, the incidence of stroke decreased by more than 32% while the rate of dementia decreased by 7%,

This led the researchers to want to see if similar results could occur on an international level. Thus, they examined the incidence rate of stroke and dementia from five different studies from across the world.

Education that led populations to adopt lifestyle practices that lowered the risk for vascular events such as quitting smoking. Not only did the rate of strokes drop, but these populations showed better cognitive function and lower rates of dementia.

Trials showed that treating atrial fibrillation with anticoagulants could lower the risk of dementia by 48%. They also noted that systolic blood pressure lower than 140 mmHg might be better for the brain. Based on these results the World Stroke Organization has issued a proclamation that has been endorsed by all major international organizations that focus on global brain and cardiovascular health. They are calling for joint prevention of stroke and dementia.

According to the Centers for Disease Control and Prevention (CDC):

Stroke kills about 140,000 Americans each year—that is 1 out of every 20 deaths. Someone in the United States has a stroke every 40 seconds. Every 4 minutes, someone dies of stroke.

Every year, more than 795,000 people in the United States have a stroke. About 610,000 of these are first or new strokes. About 185,000 strokes, nearly 1 of 4, are in people who have had a previous stroke. About 87% of all strokes are ischemic strokes, in which blood flow to the brain is blocked usually by a blood clot.

Stroke costs the United States an estimated $34 billion each year. This total includes the cost of health care services, medicines to treat stroke, and missed days of work.

Stroke is a leading cause of serious long-term disability. Stroke reduces mobility in more than half of stroke survivors age 65 and over.

If you or your loved one are in need of post-stroke care, the Royal Suites Healthcare and Rehabilitation in scenic Galloway Township, New Jersey offers state-of-the-art post-stroke care. Royal Suites also has a unique unit for memory impaired care for people suffering from memory loss and dementia.

It certainly pays to do everything to prevent having a stroke by not smoking and by keeping blood pressure at a good level. Not only is stroke a major cause of disability but it raises the risk for dementia.