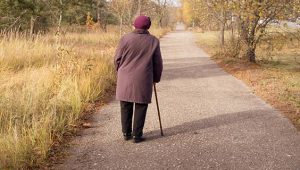 A drug ursodeoxycholic acid (UDCA) that is used to treat primary cirrhosis in liver disease may also be able to treat Parkinson’s disease and Alzheimer’s disease. The results were published by researchers from the University of Sheffield in the UK, August 29, 2018, in the Journal of Molecular Biology.

Previous research had suggested that UDCA might be able to halt the progression of Parkinson’s disease by improving the function of the mitochondria in the nerve cells in the brains of people with Parkinson’s. Mitochondria play a very important function in energizing cells, so that they can grow, divide and form new cells. It has been shown that some diseases come about when something disrupts or damages the mitochondria of cells and this is often one of the earliest stages of a disease that may go unnoticed.

Alzheimer’s is the most common neurodegenerative disease followed by Parkinson’s disease. Both diseases show a disruption to mitochondrial function. What has not yet been discovered for either disease is what is the trigger that causes the mitochondria to dysfunction?

The herpes family of viruses have been found in post-mortem samples of brain tissue of people who died from Alzheimer’s. The herpes family of viruses stay forever in a person even after the disease subsides and they go dormant. In some cases like the herpes zoster virus that causes chicken pox in children, the virus becomes active again in old age and causes the disease called shingles. Fortunately, today there is a vaccine for both chicken pox and shingles. Shingles in the elderly is a viral disease that can do a lot to upset quality of life. A recent study found the herpes roseola viruses in the post-mortem brain samples of people who had Alzheimer’s disease.

The Royal Suites Healthcare and Rehabilitation in Galloway Township, New Jersey has a state-of-the-art impaired memory care unit for people with advanced dementia and they also have a high ratio of skilled staff for patients, so someone with Parkinson’s disease could also get a lot of attention, as well as the benefits of skilled physical, occupational and speech therapists.

We can only hope that these studies will bear fruit and that a cure or a way to stop the progression in Alzheimer’s disease and Parkinson’s disease will be found.