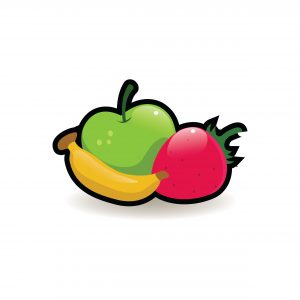 Strawberries & Apples Have the Most Fisetin

A recent study published September 15, 2018, in EBioMedicine shows that a natural flavonoid called fisetin found in many fruits and vegetables, especially strawberries followed by apples, persimmons, grapes, cucumbers and  onions was able to slow aging and prolong life in mice by reducing the numbers of damaged senescent cells caused by aging. Senescent cells are found mainly in old people and old animals. Amazingly, fisetin was beneficial even to very old mice late in life. The hope is that fisetin could also be beneficial to aging and aged humans.

As previous research by the same researchers had shown the benefits of other flavonoids called dasatinib combined with quercetin (D+Q) against age induced diseases like frailty, osteoporosis and cardiovascular disease, the researchers set out to find a flavonoid that would be even stronger and more beneficial than quercetin.

Using special mass cytometry (CyTOF) technology under the direction of Edgar Arriaga of the University of Minnesota, the researchers discovered that of all the 10 flavonoid polyphenols they tested, fisetin proved to be the strongest and most beneficial senolytic to reduce the numbers of senescent cells that had formed in response to oxidative stress due to aging. Thus, fisetin was able to slow down aging and to combat chronic diseases in aged mice. Fisetin was shown to be beneficial even in very old mice and since Fisetin is a safe substance not shown to have any toxic properties even at high doses, it may hold promise of being equally beneficial to humans. More research is needed to see what dosage levels are needed to combat aging in humans.

Fisetin Combats Many Diseases as Well as Aging

According to another study published September 25, 2016, in Advances in Experimental Medicine and Biology fisetin has anti-oxidant properties that can prevent many diseases caused by oxidative stress such as diabetes and degeneration of the retina of the eye.

Anti-carcinogenic and chemopreventive against cancer

This study also may explain why a diet that includes a lot of fresh fruits and vegetables like the Mediterranean diet has been shown to slow down or prevent the development of chronic and degenerative diseases like diabetes, dementia, heart disease, stroke, osteoporosis and blindness caused by macular aging in the eyes. Fisetin also was shown to be anti-inflammatory and has potential for fighting cancer without any adverse side effects unlike the anti-cancer drug Navitoclax which can cause very dangerous low levels of certain white blood cells and problems with blood clotting.

Ad Foods Rich in Fisetin to your Diet

No matter how old you are you may benefit from eating foods high in fisetin like apples, strawberries, grapes, cucumbers and onions. Remember the old saying “an apple a day keeps the doctor away.” Many seniors have difficulty eating apples simply because they may not have enough teeth or they may have worn out dentures, which make proper chewing impossible. However, an apple can be grated or juiced. While strawberries showed the highest amounts of fisetin, nonetheless, strawberries, in general, receive much higher amounts of pesticides than other fruits, so try to find organic strawberries.

If you or your loved one are in need of short or long-term care for any reason, choose one that offers a tasty and nutritious cuisine like the Royal Suites Healthcare and Rehabilitation in Galloway Township, New Jersey. Royal Suites is a 5-star facility surrounded by eight beautiful wooded acres and gardens. A chef prepares nutritious meals that can be tailored to meet the individual medical needs of people.

Hopefully, further research will be carried out to determine what levels of fisetin can safely be taken by humans to slow down aging and to prevent the onset of chronic diseases.