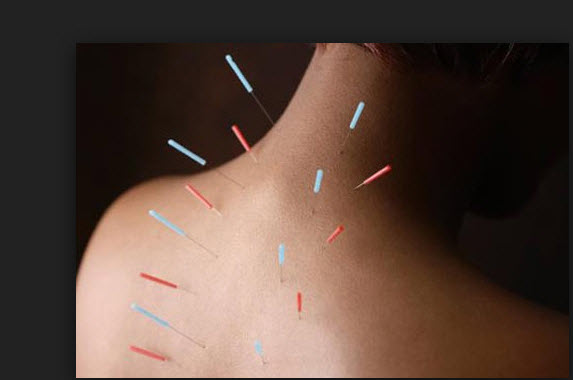 Acupuncture: How It Works

Acupuncture needles are very thin, and most people feel no pain or very little pain when they are inserted. They often say they feel energized after the treatment.

Acupuncture is effective for low back pain. One large study found that both actual and “fake” acupuncture worked better than conventional treatments for back pain that had lasted more than three months.

A study by the Mayo Clinic suggested that acupuncture may reduce fatigue and anxiety caused by fibromyalgia.  Fibromyalgia is a long-term or chronic disorder. It’s associated with widespread pain in the muscles and bones, areas of tenderness, and general fatigue.

Acupuncture can be a helpful addition to conventional treatment for arthritis. And some of the most promising  research has shown acupuncture eased arthritis pain in the knee, migraines, and low back pain.

Acupuncture was tested and compared with steroid pills for the hand and arm pain of carpal tunnel syndrome. Researchers in Taiwan gave one group eight acupuncture treatments, over a month, and those patients reported more relief, for a longer time, than the group taking medicine.

Acupuncture at the pericardium (P6) point on the wrist can reduce the symptoms of nausea and vomiting, even after cancer drug treatments or surgery. Studies compared 10 different acupuncture methods including needles, electrical stimulation, and acupressure to drugs that block nausea or vomiting and found the acupuncture treatments worked effectively.

Because acupuncture can lessen pain, nausea, and vomiting, it is sometimes used to help people cope with symptoms of cancer or chemotherapy. It also helps manage hot flashes associated with breast cancer.

It has been administered for a variety of other conditions, including smoking cessation, insomnia, fatigue, depression, and allergies.

Because acupuncture rarely causes more than mild side effects, it is an alternative to pain medications or steroid treatments. It is also considered a “complementary” medicine that can be used along with other treatments.

There are national organizations that maintain standards, such as the American Academy of Medical Acupuncture (a physician group) or the National Certification Commission for Acupuncture and Oriental Medicine (NCCAOM).  Seek out a trained and experienced practitioner.