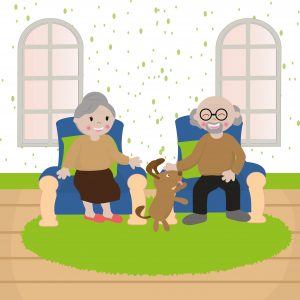 The World Health Organization (WHO) reports that there are around 600 million seniors over age 60 all over the world. By 2025 this number will double and by 2050 the number of seniors all over the world will reach two billion. While many seniors face health and financial problems, there is now also age-related prejudice (AGEISM). In many cases this leads to discrimination against the silver-haired population.

The WHO defines AGEISM:

“AGEISM is the stereotyping and discrimination against individuals or groups on the basis of their age; AGEISM can take many forms, including prejudicial attitudes, discriminatory practices or institutional policies and practices that perpetuate stereotypical beliefs.”

AGEISM is Harmful for the Health of Seniors

According to the WHO, AGEISM poses a harmful effect on the health of seniors. In fact, research has shown that older adults who have negative beliefs about ageing may see their lives shortened by as much as seven and a half years less than seniors who have positive attitudes about aging. AGEISM is especially detrimental for cardiovascular health. Cardiovascular stress can lead to heart attacks and strokes.

According to a Canadian study on AGEISM published May, 2019 in Aging Research Reviews, AGEISM is now thought to be the most common form of prejudice and sadly the full impact of this kind of prejudice against the elderly is not completely recognized. The study was launched by two nursing professors from the University of Alberta, Gail Low and Donna M. Wilson. According to these researchers, many societies today are totally youth oriented and there is no real respect or concern for the welfare of seniors.

The Study Examined Questionnaires used by Researchers all over the World

The nursing professors examined questionnaires used by researchers all over the world. Results were:

48-91% of all seniors had experienced AGEISM.

50-98% of younger people admitted to having discriminatory feelings and prejudicial behavior against seniors.

False Prejudicial Beliefs about the Elderly

Some of the false prejudicial beliefs about seniors were:

Seniors are Unproductive and a Drain on Society

The fact is that only about 20% of hospitalized patients are seniors.

Most Seniors Live in Nursing Homes

The fact is that only about 3% of Canadian seniors are chronically ill and in long-term care in nursing homes.

Internalized AGEISM has a Negative Effect on Children

Internalized AGEISM has a negative effect on children who witness the lack of respect shown to seniors. These children will grow up believing that once they reach age 60-65 they will be useless and boring. They will be apathetic about getting physical exercise. They will not keep on working at a job or do volunteer work. They will no longer go out to socialize. If they lose their spouse they will not try to find a new one, as they will believe that they will be the next one to pass away.

The researchers believe that AGEISM has to be recognized in order to combat it. They would like to see legislation passed in Canada which is similar to the Equality Act in the UK or the 1967 Age Discrimination in Employment Act that prohibits discrimination against people age 40 and older in the United States. The United States has one of the highest rates of people older than age 65 in the workforce. See our blog post from August 9, 2019 about American seniors over the age of 85 who are leaving retirement and returning to the work force.

The researchers also note that indigenous people and cultures have great respect for their elders.

Quiz to Test for AGEISM by the World Health Organization (WHO)

The World Health Organization (WHO) has put together a short quiz to test for AGEISM for people to take to discover if they have prejudicial thoughts about seniors.

If you or your loved one are in need of short or long-term rehabilitation and skilled nursing care, be sure to choose a facility like the Royal Suites Healthcare and Rehabilitation in scenic Galloway Township, New Jersey. Royal Suites has a very high ratio of staff to residents. You can rest knowing your loved one will be in good hands and will receive expert care at the hands of a warm and caring staff.

AGEISM has to be confronted, but especially important is for seniors to view themselves in a positive light.