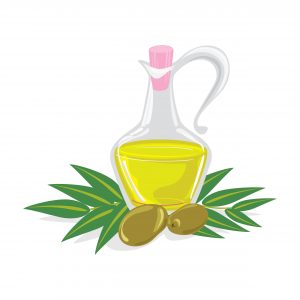 People who reside in countries, mainly around the Mediterranean, where olive oil is the main dietary fat and cooking oil live longer, have less heart disease, less metabolic disease and less dementia and Alzheimer’s disease than people in other countries. Extra virgin olive oil makes up a large portion of the popular “Mediterranean Diet”, which also consists of a lot of fresh fruits and vegetables.

In a study published May 2017, by Elisabetta Lauretti, Luigi Iuliano and Domenico Praticò in the Annals of Clinical and Translational Neurology, mice were developed to have Alzheimer’s characteristics and when they were six months old they were divided into two groups.  One group was fed regular mouse food and the other group had extra virgin olive oil added to their food. After six months the mice that were fed food with extra virgin olive oil showed a significant improvement on all the regular characteristics of Alzheimer’s disease.

Vitamin B3 Niacin Reversed Memory Loss in Mice with Alzheimer’s

Another study published February 5, 2018, in PNAS Proceedings of the National Academy of Sciences of the United States of America showed that Vitamin B3 known as niacin was found to prevent brain damage and reverse memory loss in mice.

For years it was believed that canola oil, derived from rapeseed, had just as many healthy nutritional benefits as extra virgin olive oil, and was also less expensive. Canola oil grew in popularity and today it is the second most commonly used cooking oil in the United States after soybean oil and the third most commonly used vegetable oil in the world.

More research needs to be done to see what effects canola oil might have on other neurodegenerative diseases.

A new study published on February 14, 2018, in The Journal of Experimental Medicine showed that slowly reducing an enzyme called Base1 totally reversed the formation of amyloid plaques in the brains of mice with Alzheimer’s Disease and gave them better cognitive function.

However, this same study discovered that the Base1 enzyme not only contributes to the formation of amyloid plaques in adult mice, but this enzyme Base1 is actually necessary in young mice for proper function of other important processes. Depleting it entirely could have other very bad side effects. For instance the mice that were completely without Base1 showed serious neurodevelopmental defects.

The researchers then generated mice who gradually lost this Base1 enzyme as they grew older and these mice were normal and healthy and remained so for some time. The researchers bred these healthy mice with other mice that from the age of 75 days old were developing amyloid plaques and Alzheimer’s disease. The offspring whose Base1 enzymes were 50% lower also began developing plaques and Alzheimer’s when they were 75 days old. However, as they matured and lost Base1 activity their plaques began disappearing, and when the offspring mice reached the age of 10 months the amyloid plaques had vanished completely.

The conclusion reached from this dramatic reversal of amyloid plaques in mice showed that Base1 enzyme is necessary for proper neurological development in young mice, but is not needed in adult mice and when it continues in adult mice, the mice develop Alzheimer’s amyloid plaques.

Further research is needed to see if depleting Base1 enzyme activity in aging humans will also be able to safely stop or reverse the development of amyloid plaques and Alzheimer’s.

Scientific studies that showed extra virgin olive oil and Vitamin B3 niacin were beneficial to mice with Alzheimer’s suggest that making nutritional changes in the diets of human Alzheimer’s patients may lead to reversing memory loss and restoring cognitive function. Also, it should be noted that canola oil increased the risk of Alzheimer’s in mice.