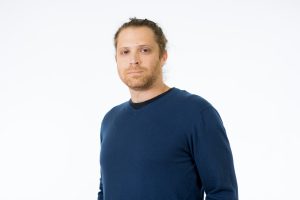 Dr. Eitan Okun, a neuroscientist who heads the Paul E. Feder Alzheimer’s Research Lab at Bar-Ilan University in Israel has developed a vaccine that targets the amyloid beta proteins that build the plaque that lead to brain destruction in Alzheimer’s disease. A big breakthrough came when Dr. Okun successfully tested this vaccine on mice. Dr. Okun had noted that people with Down’s Syndrome are especially vulnerable to getting Alzheimer’s, so he used mice that had been developed to simulate Down’s Syndrome.

Vaccine to Protect Humans and Method for Earlier Detection

At a recent event, ”The Future of Treating Memory Decline: Developing a Vaccine for Alzheimer’s disease.” at Englewood Hospital, New Jersey, Dr. Okun was optimistic about developing a vaccine to protect people from getting Alzheimer’s, but also declared there are two important things seniors can do to  protect their brains from memory loss.

First of all, he stressed the importance of physical exercise, that he said does not have to be strenuous to protect the human brain. He said that physical exercise leads to the development of new brain neurons, which will prevent the brain’s synapses from decreasing, which is one of the main symptoms of Alzheimer’s disease.

Dr. Okun also said that seniors should seek out mental activities to keep their minds stimulated and busy. He stressed that being in a learning environment will cause their brains to absorb information through many channels and this will expand the connections through the dendritic spines that connect the neurons.

Alzheimer’s Disease is on the Rise

Alzheimer’s presents with brain damage that leads to memory loss, a decline in cognitive function and behavioral and psychiatric disorders such as a change in personality. Many of those afflicted with advanced Alzheimer’s are no longer able to recognize their beloved family members.

Having a loved one with Alzheimer’s causes tremendous emotional and financial stress on their families. Alzheimer’s reaches a point where those afflicted with it need to be cared for 24/7. At present Medicare will not pay for nursing care for seniors suffering from memory loss. Only if someone with Alzheimer’s needs to be hospitalized for at least three days for some reason, then Medicare will pay for a nursing care facility, but only for 100 days.

Most seniors with Alzheimer’s are being cared for by volunteer caregivers who are usually unpaid family members – either a spouse or a child of the demented senior.  The financial burden is enormous with many families falling into poverty.

Alzheimer’s is a disease that gets progressively worse with time until it finally leads to death. The National Institute on Aging (NIA) estimates that more than five million Americans are suffering from Alzheimer’s disease and it may have moved from the 6th cause of death to the 3rd cause of death in seniors over the age of 65 in the United States.

A vaccine like the one being developed by Dr. Eitan Okun that could prevent people from developing Alzheimer’s disease and a way to diagnose Alzheimer’s much earlier than at present may have the potential to stop this rising major world-wide health disaster.