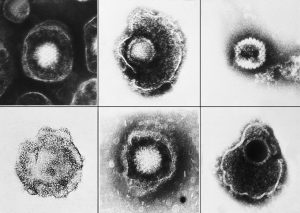 Alzheimer’s is an Incurable Neurodegenerative Disease

Alzheimer’s disease is a progressive neurodegenerative disease that leads to memory loss, an inability to think and is so far incurable. Over 30 million people suffer from Alzheimer’s all over the world and over 5.7 million Americans have Alzheimer’s, although the numbers may be much higher. Enormous sums of money have been poured into research to try to find a cure or way of preventing Alzheimer’s, but to date no real cure has been found. Hallmark characteristics of Alzheimer’s disease are the abnormal formation of beta amyloid plaques and tau tangles in the brains of people affected by Alzheimer’s disease, Scientists have mainly focused their research on beta amyloid and tau, but to date, none of their studies have come up with a way of stopping Alzheimer’s.

However, researchers at the Universities of Manchester and Edinburgh in the UK discovered that in a study by a Taiwanese researcher published in Neurotherapeutics in February 2018, the risk for contracting Alzheimer’s was reduced by a factor of 10 in people who were treated with antiviral drugs for herpes simplex (HSV1) infections. This kind of herpes can lead to the formation of cold sores. This study also showed that contracting herpes put one at a greater risk for contracting Alzheimer’s. The Taiwanese study followed 8,362 subjects aged 50 or more from January to December 2000 who were newly diagnosed with severe cases of herpes HSV infections and then followed up on them for another 10 years between 2002 and 2010 during which time some of them developed dementia. However, for those who had been treated with antivirals there was a dramatic drop in getting Alzheimer’s,

According to Professor Ruth Yitzchaki, who has been researching the connection between herpes viruses and Alzheimer’s disease for 20 years, in 1991 they discovered that the brains of people who had herpes simplex infections also had the virus in their brains. In 2009 they discovered the DNA of herpes simplex viruses in amyloid plaques in the brains of people with Alzheimer’s.

The researchers suggest that a vaccine against herpes viruses could be given to infants to prevent them from developing Alzheimer’s disease.

In our blog post of June 22, 2018, we wrote about another family of herpes viruses, the  Roseolovirus family of viruses that were found in autopsies of brains of people who had died of Alzheimer’s disease. These viruses cause a very mild disease that mainly affects infants called roseola.

Some Kinds of Herpes Viruses Remain Forever in the Body

Unlike other viruses, some of the herpes families of viruses never leave the body. They simply become dormant, but for some unknown reason, perhaps a drop in the immune system from aging, they can resurface and sometimes as a different disease. A good example of this is the chicken pox virus which can resurface in people who had chicken pox in childhood as shingles. After chicken pox clears up the virus remains in the body in or near the spinal cord in a dormant state and for some unknown reason becomes active again in old age, only this time it will not be chicken pox, but a different disease shingles. In other words, the same virus that causes what is usually a mild disease in childhood can resurface as an entirely different and more serious disease in old age.

If you or your loved one are suffering from Alzheimer’s dementia and are in need of a long-term solution, select a facility that has a special memory care unit like the Royal Suites Healthcare and Rehabilitation in Galloway Township, New Jersey. See our blog post on memory care from May 29, 2018.

We can only hope that these revelations about herpes viruses and their connection to Alzheimer’s disease will finally lead to a cure or a preventive vaccine to stop this disease which is causing so much human suffering.