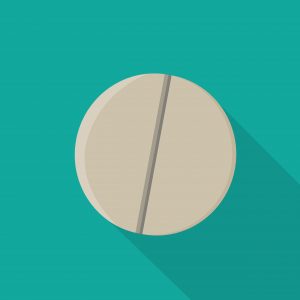 A study published August 26, 2018 in the Lancet Journal shows that taking aspirin on a daily basis to prevent cardiovascular disease  (CVD) attacks in people who have never had one is questionable. While the use of aspirin on a daily basis to prevent a second heart attack or stroke has been proven to be effective, there is not the same unanimous opinion when it comes to taking aspirin daily to prevent a first heart attack or stroke, especially as aspirin therapy can lead to serious bleeding.

The ARRIVE Study was Carried out in Seven Countries

ARRIVE was a randomized, double-blind, placebo-controlled study carried out in 501 study sites in seven countries that were the United States, the United Kingdom, Ireland, Spain, Germany, Poland and Italy. Eligible participants were men aged 55 years or more and women aged 60 years or older who had an average moderate cardiovascular risk due to smoking, high blood pressure or high cholesterol. Those who were at high risk for gastrointestinal bleeding or suffered from other bleeding disorders  or diabetes were excluded from the study.

The 12,546 participants were randomly chosen to take one enteric-coated 100 mg aspirin or a placebo tablet every day from July 5, 2007 to November 15, 2016.  The number of cardiovascular events that occurred during that time were far less than were expected and thus the participants in the study appeared to be a low risk group rather than a moderate risk group. The researchers were also not able to pin point whether or not aspirin was beneficial in preventing a first stroke or first heart attack.

While diabetics had been excluded from the ARRIVE Study, a similar study, with aspirin therapy was also carried out only on diabetics.  The results were published August 26, 2018, in the New England Journal of Medicine.

In this case, even though aspirin showed benefits in preventing a first heart attack or stroke, the researchers believe that the disadvantage of serious bleeding does not merit taking the risk.

Participants Were Diabetics who Were Low-risk for Cardiovascular Events

There were 15,480 diabetic participants age 40 and over in the trial, most of whom had their cardiovascular risk factors managed by drugs to lower cholesterol, control their blood pressure and to keep their glucose levels under control. The majority were men and 94% of the participants had Type 2 Diabetes. There was also a very low rate of smokers among the participants. They were considered to be low-risk patients for cardiovascular occurrences.

During a mean follow-up period of 7.4 years, severe vascular events happened to 8.5% of the participants that had been treated with aspirin and 9.6% who were treated with a placebo. Simultaneously, treatment with aspirin heightened the risk for major bleeding. The events included myocardial infarction (heart attack), stroke/TIA and vascular death. Major bleeding included inter-cranial hemorrhage, bleeding in an eye that threatened eye sight gastrointestinal bleeding.

Benefits of Aspirin do not Justify the Risks for Diabetics

The researchers concluded that the possible benefits of aspirin treatment to prevent first-time cardiovascular events for diabetics does not justify the risk of serious bleeding. Also, aspirin did not protect the participants against developing cancer, as previous research had suggested.

Differences Between American and European Guidelines for Aspirin Therapy

The European Guidelines for 2016 for preventing cardiovascular events recommend not using aspirin therapy in people with diabetes, who do not have cardiovascular disease.

On the contrary, American guidelines issued by the American Heart Association (AHA) and the American Diabetes Association say that low-dose aspirin therapy is reasonable for diabetics, depending on their risk for bleeding and on their 10 year cardiovascular risk.

Cardiovascular and Serious Bleeding Events can Lead to Permanent Disability

People are often left disabled after a major heart attack, ischemic stroke or bleeding stroke and may need short or long-term rehabilitation.