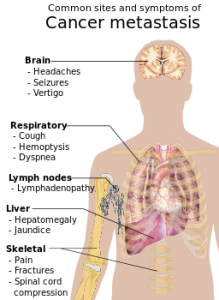 The Alpha DaRT treatment can destroy both strands of a solid tumor’s DNA. Alpha radiation had been unsuitable as it can only cover a very minute area. However, the scientists use a particular isotope of radium to deliver the alpha radiation, which can successfully abolish a solid tumor without destroying healthy tissue that surrounds it. By not destroying healthy tissue that surrounds a tumor, the immune system is motivated to recognize and attack similar types of metastases tumors in other places in the body. It is the metastases tumors that are the cause of death in 85% of cancer patients, according to Prof. Yona Kesari. So this is a unique kind of radiation treatment, as it stimulates a kind of immunotherapy response in the body to similar metastasized tumors. In addition, research has not shown systemic side effects like some of the other kinds of cancer treatments. Radium-224 has a very short half-life (3.7 days), so Alpha DaRT can achieve fast clinical results within just a few days.

There are ongoing clinical trials as well as new ones that have been scheduled to begin in 2019.

Following thousands of animal trials with Alpha DaRT, human clinical trials have begun in Israel and Italy for squamous cell carcinoma (SCC), which is a type of skin and mouth cancer.

New Clinical Trials to Begin in 2019

New clinical trials in 2019 will take place in  the United States, Canada, Europe, Asia and Israel

According to the Centers for Disease Control and Prevention (CDC), cancer is the second leading cause of death in the United States after heart disease. The National Cancer Institute (NCI) estimates that in 2019, 1,735,350 new cancer cases will be diagnosed and 609,640 people will die from cancer in the United States. More men than women die from cancer. Afro American men have the highest death rate from cancer and Asian/Pacific Islander women have the lowest rate of cancer. In 2016 there were about 15.5 million cancer survivors in the United States and by 2026 there will be 20.3 million cancer survivors. The NCI reports that in 2012 there were 13.1 million new cancer cases and 8.2 million deaths worldwide.

We can only hope that the results of these clinical trials with Alpha DaRT therapy will save millions of lives from the scourge of cancer.