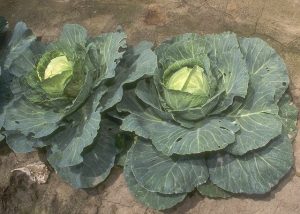 Vegetables can Help to Prevent Atherosclerosis

A study published April 4, 2018, in the Journal of the American Heart Association showed that eating vegetables daily, especially those in the cruciferous or allium vegetable families resulted in lower mortality from atherosclerotic vascular disease (ASVD). ASVD is a major cause of heart attacks and strokes.

Both the allium and the cruciferous families of vegetables are good sources for organosulfur compounds that are vascular and heart protective.

Leafy green vegetables like spinach, lettuce and celery are rich in nitrate which has been shown to lower blood pressure. High blood pressure is another risk factor for heart attacks and strokes.

The study included 968 Australian senior women around the age of 75 who did not have a previous history of diabetes or atherosclerotic vascular disease. These senior women had previously been enrolled in a five-year study to show if calcium supplementation and Vitamin D could protect bones from osteoporotic fractures, CAIFOS (Calcium Intake Fracture Outcome Study).

However, senior women who ate cruciferous or allium vegetables every day had even less buildup of plaque than those who ate other vegetables.

The researchers recommend further testing, as they did not have access to the latest more sophisticated methods of high ultrasound scanning for atherosclerotic plaque. Also, they say that similar research must also be done with men and with younger people.

The conclusion of the study was that eating more vegetables by senior women  on a daily basis, especially those in the cruciferous family like broccoli, cabbage, Brussels sprouts and cauliflower may prevent the buildup of plaque that leads to subclinical atherosclerosis, which in turn is associated with heart attacks and strokes. Similar research must also be done on senior men and younger people to see if the vascular protective effect of cruciferous vegetables also applies to them.

At any rate, those who are involved in senior health should make sure to include lots of vegetables in their diets, especially those in the allium and cruciferous families.