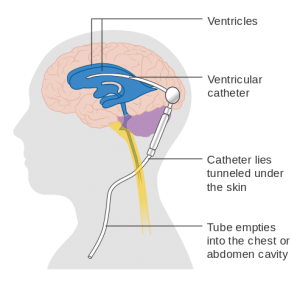 There is a kind of dementia called idiopathic normal pressure hydrocephalus (iNPH) that can resemble Alzheimer’s disease or Parkinson’s, but is curable. Whereas, there is no cure for either Alzheimer’s disease or Parkinson’s disease, iNPH can be reversed. The problem is that because the symptoms so closely resemble both Alzheimer’s and Parkinson’s, iNPH is often misdiagnosed as one of them. This is a real tragedy because iNPH can be treated and the dementia can be reversed up to 80%. As if this is not complicated enough, there are cases where a person can have both iNPH and Alzheimer’s or Parkinson’s and this mixed type also does not get properly diagnosed or treated.

About 20% of Seniors with iNPH do not get Diagnosed

The Hydrocephalus Association estimates that there are about 700,000 American seniors with iNPH, which usually develops around the age of 70 in both men and women. About 20% of seniors with iNPH do not get diagnosed and treated for iNPH. This is truly unfortunate because in most cases the dementia can be reversed with the proper treatment.

The three main symptoms that also are prevalent in Parkinson’s disease and Alzheimer’s are:

Diagnosis of  iNPH is by CT or MRI Imaging

The only way to know for certain if this is idiopathic NPH is by CT or MRI imaging, which will show if there is a buildup of cerebrospinal fluid in the brain. Doctors check the four ventricles in the brain to see if they are enlarged. If doctors find that indeed there is pressure on the brain from cerebrospinal fluid, they will do a spinal tap from the lumbar area of the spine to get some fluid. They will examine the fluid to see if the patient can be treated with shunt therapy and if so will perform the neurosurgical procedure for initiating shunt treatment.

Patients who are found suitable for shunt treatment can get as much as an 80% reversal of their dementia symptoms. This is really like a second chance for life without dementia.

The shunt sends excess cerebrospinal fluid out of the brain to somewhere else in the body like the bladder, where it can be expelled with urination.

If you or your loved one have a shuffling gait, urinary problems or have lost bladder control and also have neurological symptoms of dementia, ask your doctor to send you for a CT or MRI scan. You can contact the Hydrocephalus Association for help in finding a doctor who specializes in caring for patients with iNPH. It certainly is worthwhile to do the imaging because if iNPH is discovered, you may have the chance to get your loved one back without 80% of the dementia symptoms. However, it may take weeks or months to see the good results. Even some patients who had been misdiagnosed for years have seen success with shunt treatment.

It is certainly good news to see that there is a kind of dementia that can be reversed with shunt treatment.