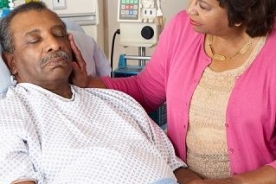 Depression is a Serious Disease that Needs Professional Treatment

Depression in seniors should not be confused with feeling sad or experiencing the “blues.” There are often real reasons for a person to feel sad or grief, especially after the death of a beloved spouse. However, in most cases people eventually come to terms with their grief and life goes on. Depression is a very serious mood disorder and it does not usually go away without professional intervention and treatment. Depression can effect a person’s entire way of life, as they cannot function at work, or they lose interest in food, they are often unable to sleep, cry a lot and sometimes lose the will to live.

Depression Sometimes Mistaken as Part of Aging in Seniors

One of the problems with seniors though is that signs of depression are sometimes considered to be a normal part of aging. This is not true. While many seniors suffer from depression, there has not been any evidence to show that this came on from aging. Sometimes in seniors depression gets incorrectly labeled as Alzheimer’s or some other kind of dementia. Actually, a person can have dementia and also suffer from depression. The suicide rate among Alzheimer’s patients is very high. Also, seniors with diabetes can also suffer from confusion, especially if their blood levels of sugar are not under control. Seniors with depression do not always appear sad. In fact, many times they appear to be suffering from fatigue, but this also gets misdiagnosed for aging or other medical problems.

One cause for depression in seniors may be a side effect to medications they take. Seniors generally take more prescription and over-the-counter medicines than the general population. Many medicines routinely prescribed for various health conditions and even for depression itself, carry a warning that the medicine can lead to depression, suicidal thoughts or suicidal attempts. It is truly mind boggling, but doctors have to weigh the positive effects of the drug over the possible negative side effects. Not everyone taking these various kinds of medicines will become depressed, but there is no way of knowing in advance who will fall victim to depression as a side effect for these medicines.

A study published June 12, 2018 in the JAMA journal revealed that a cross survey of 26,192 adults showed that medicines that have a potential for depression as a side effect are commonly prescribed and in use in the general population. Also, people using three or more of these medicines were the most likely to develop clinical depression.

If the cause of the depression is a side effect from a medicinal drug, stopping the treatment will often lead to a recovery. However, most cases of depression will need anti-depressant drugs that usually take a few weeks to work, so a person has to be carefully watched during this time to make sure they will not make any suicidal attempts. Treatment may be up to a year or more on these medicines and when they are no longer needed, the doctor will gradually wean the patient off of them. No one should ever suddenly stop taking these anti-depressive medicines on their own. as this can lead to withdrawal symptoms.

In some cases a senior with multiple health problems, and who is also being treated for depression will need to go to a hospital for treatment. From the hospital they may need to go to a skilled nursing and rehabilitation facility, especially if they are also suffering from dementia and Alzheimer’s or other chronic diseases.

The Royal Suites Healthcare and Rehabilitation in Galloway Township, New Jersey is skilled nursing care at its best and they are also located in a beautiful setting on eight acres of woods and gardens.

If you or your loved one are suffering from depression be sure to check with your doctor about the possibility that any prescribed medicines may be causing depression as a side effect.