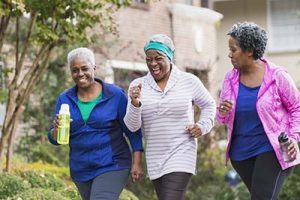 November is National Diabetes Month and to date no real cure has been found for diabetes. According to the American Diabetes Association, in 2015 there were 30.3 million Americans (9.4% of the population) with diabetes (mainly type 2 diabetes) and 1.25 million American children and adults with type 1 diabetes. In seniors age 65 and over, 25.2% or 12 million seniors have both diagnosed and undiagnosed diabetes. Diabetes is the seventh leading cause of death in the United States. However, diabetes may be unreported on death certificates and in fact, research shows that only about 35-40% of diabetics have diabetes written on their death certificates.

In 2015, 84.1 million Americans age 18 and older had prediabetes, which in most cases may go on to become diabetes. Prediabetes has blood sugar levels that are higher than normal, but which are not yet high enough to be classified as diabetes. To read more about prediabetes please see our blog post from March 12, 2018.

There is no cure for diabetes, but treatment consists of controlling blood sugar levels with daily injections of insulin or with other drugs. Preventing diabetes is mainly through lifestyle changes like not drinking alcoholic beverages, eliminating sweets and sugar from the diet, keeping to a good weight and getting enough physical exercise. However, there are also genetic risks and diabetes runs in many families.

Diabetes can Lead to other Serious Diseases

Diabetes is listed as a chronic disease and unfortunately raises the risk for many other diseases, especially heart disease, strokes, kidney failure, blindness and amputations.

There is also evidence that diabetes increases the risk for contracting Parkinson’s disease. A new large-scale study published June 13, 2018, in the Neurology journal by researchers at University College London (UCL) showed that people with type 2 diabetes had an increased risk for developing Parkinson’s disease in later life. The highest risks for developing PD were for younger people ages 25-44 years who had been diagnosed with type 2 diabetes and for people with diabetes complications. The researchers note that possibly these individuals shared common genetic risks or other shared pathogenic pathways.

Methods of the Study

The researchers used English national Hospital Episode Statistics and mortality data from 1999-2011 for a cohort study of 2,017,115 people who had been admitted to the hospital with type 2 diabetes. People who had been diagnosed with cerebrovascular disease, vascular Parkinsonism, drug-induced Parkinsonism and normal pressure hydrocephalus were excluded from the study.

PD is primarily a disease that affects mobility and motor function. It is characterized by tremors (usually on one side of the body), rigid muscles, difficulties speaking and swallowing, difficulty in writing, constipation, muscle spasms, urinary problems, sleep disorders and walking and balance problems. People afflicted with Parkinson’s disease have a peculiar shuffling kind of walk called the Parkinsonian gait and people with Parkinson’s suffer from many unintentional falls and must be extra careful walking up or downstairs.

Diabetes is such a disastrous disease, especially if it is not under control, and it can lead to other serious diseases and medical conditions. It is very important for people, especially seniors, to have regular blood glucose tests to check for an increase in the levels of sugar in their blood.