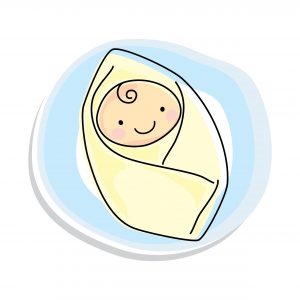 Doll Therapy is an innovative approach for treating some patients suffering from moderate to severe dementia and/or Alzheimer’s and involves the use of a large, life-like baby doll and/or a stuffed toy dog, teddy bear or other animal. Recently, photos went viral on Valentine’s Day when new baby dolls and toy dogs were given by volunteers to Alzheimer’s patients in  a Louisville, Kentucky nursing care facility.

While some medications may be necessary for dementia and Alzheimer’s patients, many drugs  have dangerous side effects that can adversely affect their health. It is welcoming news that studies show that some non-pharmacological therapies can be used with some success for Alzheimer’s and dementia patients like music therapy, pet therapy and doll therapy. Patients responding well to doll therapy usually need less medication, as they become more calm and less anxious. A study at Mount Sinai Hospital in New York showed that the patients needed much less Halperidol once they had their dolls. Also, the patients behaved better, did not throw things or get combative.

Studies show that taking care of a doll or other furry toy animal can have a positive effect on dementia patients. Taking care of a life-like baby doll can bring back long-lost memories and nurturing feelings from when the patients had children of their own to take care of or when the patients were children playing with dolls and were cared for by their parents. Taking care of a toy animal may bring back feelings and memories from the past when they had a real live pet to care for.

After they receive their dolls they become calmer, less agitated, less aggressive and less combative. They wander less.

Taking care of the doll can lead to more social interaction and communication with the nurses, caregivers, family members or other dementia patients.

Sometimes rocking the doll to sleep or sleeping with the doll can help the demented patient sleep better.

Arouses feelings of Affection and Attachment

Patients treat the dolls like real live babies and often kiss and hug the dolls, caress them, talk to them or sing them a song or lullaby. They will clean them, comb their hair, and show concern for them.

Doll never Forced on the Patient

Basically, after consultation with a doctor and sometimes the family, a therapist or nurse offers a baby doll or a toy stuffed animal to someone suffering from dementia or Alzheimer’s. If the doll is accepted, the therapist tells them they can keep the doll and take care of it. In a non-institutional setting, the doll can be left where the demented person will find it. The doll is never forced on the patient.

Dolls are not shared. Each patient must have her/his own doll. There is a risk of infections when dolls are shared and this also leads to disputes between the patients.

Dolls used in treatment are usually life-size, like a real baby, have soft bodies and eyes that open and close. Dolls that cry are not used, as this can sometimes have a bad effect on dementia patients.

Less Expensive than other Treatments

The patient can be left alone with the doll and does not need the presence of skilled therapists like in pet or music therapy, so this is also a less expensive kind of treatment.

Doll Therapy not Suitable for Everyone

Sometimes a patient becomes too obsessed with caring for the doll and refuses to leave it for a second. If the doll gets lost or disappears, this can also have a traumatic effect on the patient.

Some patients complain that they don’t have the strength to take care of a baby and do not want to keep the doll.