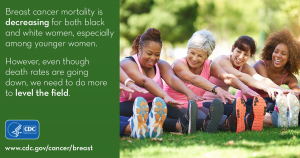 According to an article that appeared in Olive Oil Times, January 30, 2019, researchers at the University of Jaén in Spain discovered that a minor compound, hydroxytyrosol (HT) found in extra virgin olive oil (EVOO) may be able to prevent an aggressive deadly type of breast cancer. This rare deadly type of breast cancer is known as triple-negative breast cancer. The results of this research were published November 21, 2018, in the European Journal of Nutrition.

Results of the Study

In the lab (in-vitro) the compound hydroxytyrosol (HT) was able to prevent the growth of triple-negative breast cancer stem cells and also to prevent tumor cell migration which causes metastatic new tumors.

This experiment was successful in that hydroxytyrosol was found to be chemopreventive against aggressive triple-negative breast cancer cells and kept them from multiplying in the lab.

Even though this hydroxytyrosol compound found in extra-virgin-olive oil may prove to be able to successfully treat triple-negative breast cancer in humans, more research is needed.

According to the Centers for Disease Control and Prevention (CDC), Triple-negative breast cancer is a very aggressive type of cancer with a low survival rate. It does not have any receptors that are commonly found in other kinds of breast cancer, so doctors have fewer options for treatment. Certain ethnic groups like Ashkenazi Jews have a high genetic risk for this kind of breast cancer. Treatment is usually by chemotherapy, but there is also a new kind of immunotherapy-chemotherapy treatment that has been approved by the Food and Drug Administration (FDA). Unfortunately, according to the National Cancer Institute (NCI), triple-negative breast cancer commonly returns after treatment and then it is very difficult to treat.

Breast Cancer in the United States

See our blog post from September 20, 2018, about research that shows that high levels of Vitamin D may lower the risk for developing breast cancer.

A study published October 16, 2018 in Clinical and Experimental Metastasis by researchers at the University of Nebraska Medical Center shows that omega-3 polyunsaturated fatty acids (PUFAs) found in oily fish may lower the risk for breast cancer.

If you or your loved one are in need of a rehab following extensive cancer treatment and surgery or are in need of long-term skilled nursing care, check out the Royal Suites Healthcare and Rehabilitation in picturesque Galloway Township, New Jersey. Royal Suites has a high ratio of dedicated and caring staff, so that you or your loved one may get the best of rehabilitation and skilled nursing care.