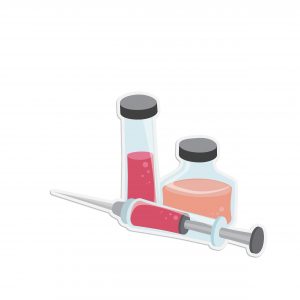 According to the National Institute on Aging (NIA), hemochromatosis is a common genetic disorder that affects more than a million Americans. Recent research by the University of Exeter in the UK and the University of Connecticut and the NIA intramural Research Program show that hemochromatosis appears to make far more serious health problems for seniors than was previously realized. Hemochromatosis causes too much iron to be absorbed from the diet and this excess iron gets deposited in tissue in various parts of the body leading to serious health problems. Results of the study were published March 2019 in the Journals of Gerontology.

Two mutations on the HFE C282Y gene can lead to hemochromatosis and these genetic mutations are very common in northern Europeans, especially in the UK and Ireland. In fact, the Irish call it the “Celtic Curse.” One in 300 American non-Hispanic whites carry these mutations.

Too Much Iron can Lead to Severe and Disabling Medical Conditions

While iron is necessary for life and a lack of it can lead to anemia and other health problems, too much iron can also lead to severe and disabling medical conditions. Fortunately, hemochromatosis can easily be detected and treated. However, many people do not get detected early enough to prevent these serious health problems from developing. Too much iron can cause considerable damage to the liver with cirrhosis and in some cases even lead to liver cancer. According to the National Institute on Aging (NIA), results of the research show that hemochromatosis quadruples the risk for serious liver disease and doubles the risk for arthritis and frailty. It also raises the risk for diabetes, fatigue and chronic pain, especially in men. Menstruation protects pre-menopausal women from hemochromatosis, as losing monthly blood lowers the amount of iron in the blood.

The homozygote women ages 60-70 were more likely to be frail and have chronic knee, hip and back pain.

The researchers found that one in five men and one in 10 women with these genetic mutations developed serious diseases as they grew older, compared to seniors who did not have these genetic mutations. Unfortunately, these symptoms of muscle weakness, joint pain and frailty are often mistaken for being a part of normal aging and thus the disease then goes undetected until more serious damage takes place. The researchers conclude that since it can be treated, more has to be done to detect it early enough to improve later life outcomes.

The researchers hope that raised awareness of this condition will lead to more screening to detect and treat it before it causes serious damage. This could improve the quality of life and reduce frailty and disability in people with the genetic risks for developing hemochromatosis.

If you or your loved one are frail and weak and need long-term care, the Royal Suites Healthcare and Rehabilitation in Galloway township, New Jersey offers skilled nursing care at its best. Royal Suites also has a high ratio of staff per resident so your loved one will get maximum attention.

If you or your loved one suffer from some of these conditions like chronic pain, frailty and muscle weakness, ask your doctor about having the simple blood tests to make sure these symptoms are not from hemochromatosis. If they are found to be from it, then it can be treated and there may be improvements to health.