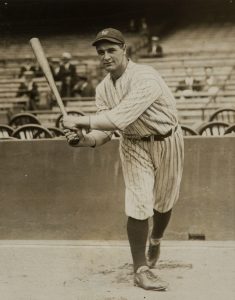 A genetic mutation has been discovered by researchers who carried out the largest study ever on 125,000 samples for amyloid lateral sclerosis (ALS), commonly known as Lou Gehrig’s disease. The researchers were led by Bryan Traynor of the intramural Research Program of the National Institute on Aging (NIA) and John Landers of the University of Massachusetts Medical School, Worcester.

Gene Mutation Leads to Disruption between the Brain and the Spine

Results of the study were published March 21, 2018 in Neuron. The gene is a mutation from the Kinesin family member 5A (KIF5A). This gene was previously linked to two other rare neurodegenerative diseases, hereditary spastic paraplegia type 10 (SPG10) and Charcot-Marie-Tooth Type 2 (CMT2) that have muscle weakening, muscle stiffening and spasticity symptoms similar to ALS. Thus it was believed that KIF5A was also linked to ALS, but this has only been proven now thanks to this research. Mutations in KIF5A disrupt the conduction of key proteins up and down threadlike long axons that connect neurons (nerve cells) from the brain to the spine. This disruption leads to the neuromuscular symptoms of ALS.

The Kinesin family member 5A (KIF5A) also regulates Kinesin proteins connected to Parkinson’s disease and Alzheimer’s disease. However, much more research has to be carried out to learn more about these mutations. It is not known, for instance, how much of a role this mutation plays in the development of ALS. There may be other genetic, environmental and lifestyle factors also involved. As exciting as this new breakthrough is, scientists still do not have all the answers as to what are all the causes of ALS. Hopefully, more research will lead to a way to prevent, cure or slow down the progression of this horrific disease.

Lou Gehrig’s disease or Amyloid Lateral Sclerosis (ALS) is a very rare motor neuron disease that attacks all the body’s voluntary muscles. Voluntary muscles are those connected to chewing, walking, talking, moving and breathing. Eventually the muscles become atrophied and paralyzed. The disease is progressive and eventually the person may be unable to move and finally unable to breathe which leads to death. Lou Gehrig was a very famous baseball player for the New York Yankees who contracted ALS and died when he was only 38 years old. Generally, the disease hits people over the age of 50.

The Search for a Cure Goes on

A possible breakthrough in the treatment of ALS by researchers from Case Western Reserve University School of Medicine was written up in our blog post from July 19, 2018.

Another possible breakthrough was by researchers at Tel Aviv University, Israel, who discovered that the muscles themselves secrete toxic molecules that lead to the destruction of these muscles. They also discovered that a reduction in a certain type of MicroRNA (the miR-126-5p) led to the muscles secreting toxicity. They believe that a cure may be developed from this particular MicroRNA to stop this toxic process. In fact they succeeded with this treatment in mice and the mice showed improvement and regained the ability to walk. However, it will take time to develop this treatment for humans.

ALS is progressive and the need may arrive to consider long-term care. The Royal Suites Healthcare and Rehabilitation in Galloway Township, New Jersey offers skilled and dedicated long-term nursing care at its best. They have a high ratio of staff members to patients, so that they can devote time necessary to treating long-term cases and they also offer hospice care.

ALS is such a terrible disease that every shred of research and breakthroughs should be welcomed and hopefully a cure or way to prevent or slow down its progression will be found.