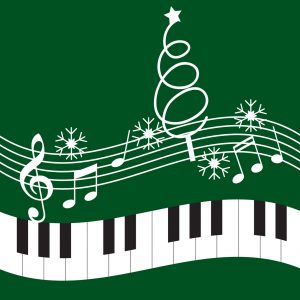 Group Singing along with the Piano

Therapeutic group singing was shown to improve mood and motor symptoms in people with Parkinson’s disease (PD) according to a report in Science Daily. Results of this research were presented by Elizabeth Stegemöller, an assistant professor of kinesiology at Iowa State University at the conference of the Society for Neuroscience 2018. Stegemöller leads a therapeutic one-hour singing group of 17 people with Parkinson’s disease.

The researchers also measured the heart rate, blood pressure and cortisol levels of the 17 participants and all three were reduced. The participants were also asked to report their feelings whether they were sad, anxious, happy or angry. Information was collected before and after the one-hour singing session. Participants reported feeling less anxious and less sad. There were no meaningful differences in happy or angry feelings after the class.

How Does Singing Work?

The researchers still have not determined what it is that makes singing work to bring about all these beneficial changes, so they are analyzing blood samples to measure oxytocin levels. Oxytocin is a hormone involved in various processes in the body and it is related to bonding. They are also measuring changes in inflammation that can give an indication of the progression of the disease and are also analyzing neuroplasticity, which can show if the brain has the ability to compensate for disease or injury. They theorize that cortisol may be reduced because those who are participating in the singing feel good and less stressed.

Previous Study by the Same Researchers

In the past the same researchers found that singing improved respiratory control, voice and the performance of the muscles used in swallowing in people with PD. People with Parkinson’s often have difficulty in swallowing that can result in choking and they also can get inhalation pneumonia and these can even have fatal outcomes. Results of this study were published March 17, 2016 in the Disability and Rehabilitation Journal and also in the Complementary Therapies in Medicine journal.

The study consisted of 27 participants with Parkinson’s disease who were divided into two singing sessions. One met only one hour a week, while the other group met twice a week. The study followed after them for eight weeks, while voice, respiratory and quality of life (QOL) measures were recorded before and after the 8-week singing sessions. Certified music therapists led the sessions and besides group singing there were also a series of vocal and articulation exercises.

Both groups showed significant improvements in vocal function, respiratory pressure and quality of life. Also, group singing was just as effective by meeting only once a week as those who met twice a week.

They concluded that therapeutic group singing is an effective and affordable way to improve the quality of life in people with Parkinson’s disease.

Click here to see a video made in 2017 of Stegemöller leading a singing group of people with Parkinson’s disease.

Parkinson’s disease is progressive, which means that it may get worse over time and the day may come when it is time to think about long-term skilled rehabilitation and nursing care.

Royal Suites Healthcare and Rehabilitation is a 5-star rehabilitation and skilled nursing facility in Galloway Township, New Jersey surrounded by eight acres of woods and landscaped gardens. Royal Suites has a very good ratio of nurses and staff to people, so your loved one will get very good care.