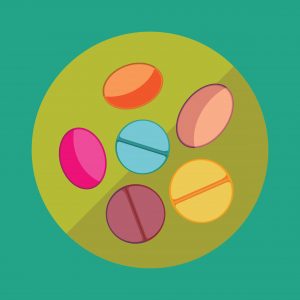 A major study carried out by the University of East Anglia in the UK has shown a link between long-term use of anticholinergic drugs for treating depression. bladder problems and Parkinson’s disease with the development of dementia. In fact the anticholinergic antidepressants like Amitriptyline, Dosulepin and Paroxetine were found to be linked to dementia even when they were taken as much as 20 years before the onset of dementia. However, the researchers cannot be certain that these drugs actually cause dementia, as there is there is the very slim possibility that the depression they were being treated for was really the beginning of dementia. However, the researchers believe this is not likely. The message being sent to doctors is to consider the risks of these medicines against the benefits. Patients on these medicines are being told to continue with them until they get to their doctors who will decide whether to stop them or prescribe different drugs.

Some of the bladder medications mainly linked to a risk for dementia were Tolterodine, Oxybutynin and Solifenacin. These were prescribed for urinary problems like incontinence. Also, a drug Procyclidine for Parkinson’s disease was also found to be a high risk for dementia.

Not all anticholinergic drugs were found to be at a risk for dementia. For instance, Anticholinergic anti-histamines that need a doctor’s prescription and used to treat allergies and anti-spasmodic drugs to treat stomach cramps were not found to have any associations with dementia. However, over-the-counter antihistamines that do not need a doctor’s prescription were not included in this study.

This was a very massive study. The researchers gathered date from the medical records of 44,770 patients ages 65-99 who had been diagnosed with dementia and compared these findings with the medical records of 283,933 patients without dementia. They also analyzed more than 27 million prescriptions. The study covered the period from April 2006 to July 2015 and was carried out on patients in the UK.

Alzheimer’s disease is the most common dementia and is on the rise and over 50 million people all over the world have been diagnosed with it. The numbers are expected to reach 132 million by 2050. Over five million people in the US have been diagnosed with Alzheimer’s and it may now be the third rather than the sixth cause of death in seniors over the age of 65.  An enormous effort is being placed on finding a cure or a way to prevent dementia and Azheimer’s. Millions of dollars are being invested in research.

So far no cure has been found and mainly recommendations for lifestyle changes have been made to try to prevent it. Finding medicines that are linked to a high risk for dementia could be one way to prevent it. So far, these drugs have not been banned, but physicians may cut back or stop prescribing them. There are about 350 million people suffering from depression all over the world, so since there was a 30% greater chance of getting dementia by people who were taking these kinds of drugs and if now doctors change over to different kinds of antidepressants, then it may be possible to prevent the onset of dementia in a large number of people. Many people take antidepressant medicines for years. As far as treatment for bladder conditions, 30% of women and 13% of men in the UK and the US are being treated for bladder problems.

Half of all Seniors Regularly Take Five or more Medicines

The study also showed that nearly half of all seniors take five or more medicines on a regular basis. The safety of many of these over a long period of time may not be known. Also, many seniors take over-the-counter medicines, supplements and herbs, some of which could also be potentially harmful and their doctors and pharmacists have no control over these. There are herbs, for instance, that also have been found to have anticholinergic properties and these were not included in the study.

The message from this study is for doctors to only prescribe medicines that a senior really must take for medical reasons and doctors must carefully weigh the benefits over the risks and begin to de-prescribe.

Seniors and their caregivers must also be made to understand that there could be dangerous consequences also for using over-the-counter medicines, supplements and herbs.