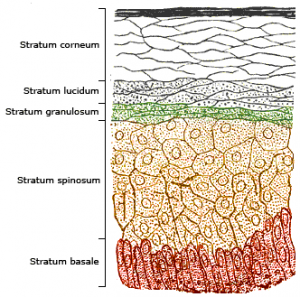 Several recent studies suggest that Vitamin D, the “sunshine vitamin” may help to prevent breast cancer. Vitamin D is called the “sunshine vitamin” because the body produces it after exposure to the sun. Recommended exposure time is 10 minutes. However, many skin doctors today prefer that people get their Vitamin D as a supplement, as there is a danger of contracting deadly skin cancers from too much exposure to radiation from the sun.

An epidemiological study by researchers at the University of California San Diego School of Medicine in association with Creighton University, Medical university of South Carolina and Grassroots Health were published June 15, 2018 in Plos One. Results of their collaborated research suggest that higher blood levels of Vitamin D are associated with a lower risk for post-menopausal women to contract breast cancer.

There were 3,325 participants from combined studies who were aged 55 or older and who did not have cancer when they enrolled in the study. There were followed from 2002 to 2017 during which time 77 new cases of breast cancer were diagnosed (for an age-adjusted incidence rate of 512 cases per 100,000 person-years).

The researchers and their, principal investigator and co-author Cedric F. Garland discovered that women that had blood levels of more than 60 nanograms per milliliter of the type of Vitamin D commonly found in blood, 25-hydroxyvitamin D (25(OHD), had 1/5 the risk for breast cancer compared to women who had less than 20 ng/ml of 25(OH)D. In fact, the National Academy of medicine that was formerly the Institute of Medicine had recommended in 2010 that women needed to have only 20 ng/ml of 25(OH)D to be considered sufficient in Vitamin D.

To reach the level of 60 nanograms per milliliter a person might have to take 4,000 – 6,000 IU per day. However, no one should take large amounts of Vitamin D without consulting their doctor.

Blood Test to Measure Levels of Vitamin D in the Blood

A simple blood test can show if you have enough Vitamin D. If you are deficient your doctor will tell you how much to take. Dosages of more than 10,000 IU a day can only be taken under strict medical supervision, as too much Vitamin D can be toxic and cause constipation, nausea, heart rhythm problems, loss of weight and kidney damage.

400 IU for children up to one year

Other studies led by Dr. Cedric F. Garland have shown an association linking Vitamin D to preventing other kinds of cancers such as leukemia, colorectal, multiple myeloma and lung cancers.

Cancer is the second most common cause of death in the United States after heart disease.

If you or your loved one have cancer or are after surgery and are in need of rehabilitation and skilled nursing care, then you might want to check out Royal Suites Healthcare and Rehabilitation in Galloway Township, New Jersey. Royal Suites is in a beautiful location surrounded by eight acres of woods and landscaped gardens. Royal Suites has a high ratio of professional nursing staff per patient. so that they can give them a lot of personal attention and care. They also offer palliative and hospice care.

Since cancer is such a devastating illness, it is to be hoped that increasing blood levels of Vitamin D could lower the risk for many kinds of cancers as well as breast cancer.