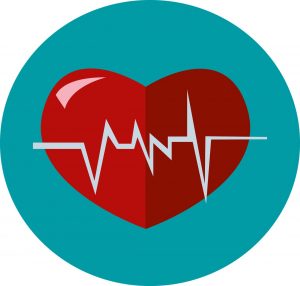 February is American Heart Month to raise awareness of heart disease which is the number one leading cause of death in the United States. In our blog post of February 7, 2019, we wrote about a heart disorder atrial fibrillation that actually is dangerous for the brain, as it is one of the leading causes for strokes. We also wrote that it could probably be reversed by losing weight. Now a new study published February 14, 2019 in the journal HeartRhythm by researchers from the University of California at San Francisco shows that the lifestyle choices that set off atrial fibrillation events can be changed.

Researchers examined 1295 patients from the Health eHeart Study and StopAfib.org questioning them about any atrial fibrillation event that was triggered by one of 11 potential triggers. About 74% of them reported AF triggers. The most common triggers were:

Women, younger patients, Hispanics, people suffering from obstructive sleep apnea and those with a family history of atrial fibrillation reported experiencing irregular heartbeats after the triggers. Also, many reported that at least two different triggers set off an atrial fibrillation event.

Senior author Gregory Marcus, MD, MAS, a UCSF Health cardiologist and associate chief of cardiology for research in the UCSF Division of Cardiology says that further research is needed on a broad range of people with atrial fibrillation to also find connections to genetic differences. To this end a new app-based study is going to be launched this year and anyone can join it whether or not they have heart disease.

Aging is a major risk factor for seniors over the age of 65. Atrial fibrillation can occur at any age even in children, but it is usually linked to obesity.

Obesity is a major risk factor and losing weight has been shown to be able to reverse atrial fibrillation.

Atrial fibrillation tends to run in families so there may be genes that increase the risk for it.

Poor lifestyle choices such as drinking alcohol even in moderate amounts, smoking and partaking in illegal drugs like cocaine have all been shown to raise the risk for developing atrial fibrillation.

Stress has also been associated with a higher risk for atrial fibrillation.

Some kinds of surgery such as operations on the heart, lungs and esophagus have been linked with a risk to get atrial fibrillation.

Medical Conditions that can Lead to Atrial Fibrillation

The NFLBI Lists Medical Conditions that raise the risk of atrial fibrillation such as:

If you or your loved one are in need of a great rehab for post-stroke care, the Royal suites Healthcare and Rehabilitation in scenic Galloway Township, New Jersey offers expertise post-stroke care.

The results of this study show that if one stops drinking alcoholic beverages and coffee, gets a good night’s sleep and does not over exert themselves in physical exercise and keeps to a normal weight, then they may have a good chance to stop atrial fibrillation that can lead to a stroke.