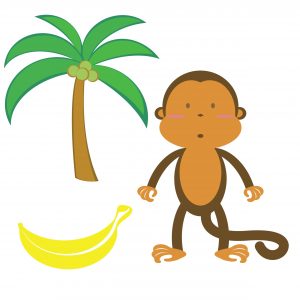 We hear of so many different kinds of diets to help us lose weight. Now a new study suggests that the Mediterranean diet can prevent overeating. A study found that monkeys on the Mediterranean diet (MED) did not eat all the food that was available to them, even though they could eat as much food as they wanted. At some point they felt satisfied and thus did not gain weight.

However, the monkeys fed a Western diet (WEST) ate much more food than they really needed and thus they gained weight. Results of the study carried out by researchers at Wake Forest University in North Carolina were published April 23, 2019 in Obesity. The lead author was Carol A. Shively, professor of pathology at Wake (NAFLD) Forest School of Medicine.

Participants in the study were 38 middle-aged female monkeys who were housed socially. The monkeys were placed into two groups that were fed either a Western or a Mediterranean diet for 38 months.

After two and a half years, the Western diet caused increased intake of calories and the monkeys gained weight and had an increase in body fat, insulin resistance and were in a state of prediabetes. The monkeys also had hepatosteatosis (NASH), which is a type of nonalcoholic fatty liver disease (NAFLD). NASH can lead to cirrhosis, liver failure and even the need for a liver transplant.

The Mediterranean diet reduced triglyceride levels in the monkeys and protected the monkeys against prediabetes.

This was the first study to use monkeys who ate diets that were similar to human diets, whereas previous studies used rodents who were not fed diets similar to human diets. Monkeys are closer to humans with energy metabolism. Also, there are other ways that rodents are very different from humans. For instance, rodents are nocturnal (night) animals, they continue to grow until they die, have large litters of offspring and have short life-spans.

Also, previous research had relied on human participants in studies to report details about their food intake on questionnaires, and this has been shown to have room for inaccurate conclusions.

Choose a Rehab that Puts Emphasis on Healthy Nutrition

The Royal Suites Healthcare and Rehabilitation in scenic Galloway Township, New Jersey offers fine restaurant-style dining and healthy delicious cuisine by a chef under the guidance of a registered dietitian.