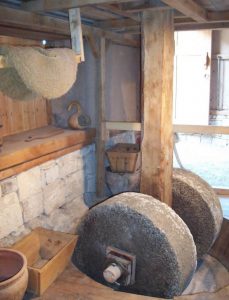 Countries around the Mediterranean had Lower Levels Heart Disease, Stroke and Dementia

In 1958 it was noted that people living around the Mediterranean in countries like Greece and Italy had lower rates of heart disease, stroke and dementia than other countries. Researchers began investigating what was different in their lifestyles. They came up with their diet which consisted of fish with very little meat, lots of vegetables, legumes, yogurt and cheeses, whole grains, nuts, fruit and extra virgin olive oil as their only dietary fat. They did not drink alcoholic beverages except for some wine which was only drunk during meals. Thus came about the Mediterranean Diet.

Recently six studies were published in the Journals of Gerontology, March, 2018, that show the Mediterranean Diet can lower the risk for all kinds of age related diseases :

One of the reviews by Drs. Tosti, Bertozzi and Fontana summarizes the five adaptive benefits of the Mediterranean diet:

Healthy Fats Rather than Low Fat

Extra virgin olive oil, that is the sole fat and oil used in the Mediterranean Diet, is a monounsaturated fat that does not lead to weight gain. Previous studies have verified that extra virgin olive oil protects the blood vessels of the heart and brain.

All of the researchers agree that even more research is needed, mainly because there are a lot of variations in the Mediterranean Diet. Research is needed to show just which foods are the most beneficial and whether certain food combinations are more healthy. However, all the researchers agree that a diet that is mostly plant-based is the best one to slow down aging and prevent the onset of aging related diseases. Some researchers believe that the extra virgin olive oil is the main anti-aging component.