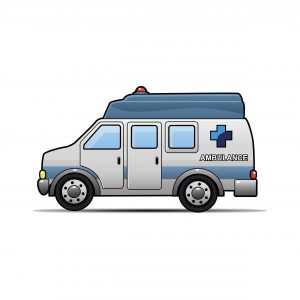 Mobile stroke units (MSUs) are vehicles that can provide faster life-saving stroke treatment before the patient reaches a hospital. MSUs have neurologists on board as well as portable CT scanners. According to a recent study published December 4, 2019 in JAHA Journal of the American Heart Association, mobile stroke units (MSUs) provided life-saving treatment about 30 minutes faster to patients suffering from an acute ischemic stroke (AIS) than those who were transported by ambulance to a hospital. The lead author of the study was Dr. Matthew E. Fink chair of neurology and the Louis and Gertrude Feil Professor in Clinical Neurology at Weill Cornell Medicine in New York and neurologist-in-chief at New York-Presbyterian/Weill Cornell Medical Center.

The METRONOME (Metropolitan New York Mobile Stroke) study was carried out in the Manhattan borough of New York City from October 2016 to September 2017. This is a very densely populated urban area. New York is America’s most densely populated city. The researchers compared 66 stroke patients who were treated in an MSU before being taken to a hospital with 19 stroke patients who were taken by an ambulance to be treated in a hospital.

This was the first study to assess whether MSUs could treat patients faster than the conventional ambulance to hospital treatment in an urban area as densely populated as New York City. The ability of MSUs to give life-saving stroke treatment has been tested in previous studies in Cleveland, Houston, and Berlin and Hamburg, Germany.

Time is Brain with a Stroke

“Time is brain” with a stroke. Research has shown that patients experiencing an acute ischemic stroke can lose 2 million up to 27 million brain cells a minute. Thus, the faster one is treated, the less brain damage will take place and there will be a better chance for survival. MSUs can speed up treatment by about 30 minutes and this can prevent a lot of brain damage and prolong life.

Stroke in the United States

According to the Centers for Disease Control and Prevention (CDC), stroke is the fifth leading cause of death in the United States and is a major cause of serious disability for adults, especially seniors over age 65.

Most Strokes can be Prevented

Most strokes can be prevented by following a healthy lifestyle. See our blog post from May 24, 2019 to learn more about stroke prevention.

If you or your loved one are in need of short or long-term rehabilitation and skilled nursing care after a stroke, check out the Royal Suites Healthcare and Rehabilitation in scenic Galloway Township, New Jersey. Royal Suites offers expert post-stroke care in a beautiful 5-star facility. Royal Suites also has a high ratio of staff per resident, so your loved one will be in the best of hands 24 hours a day. Royal Suites is surrounded by eight acres of woods and landscaped gardens and is in close proximity to hospitals and medical centers.

Since time is so crucial when a person is having a stroke, earlier life-saving treatments by mobile stroke units (MSUs) are to be welcomed.