Trained music therapists offering music therapy to achieve positive therapeutic results with seniors suffering from dementia and Alzheimer’s are now found at many facilities for the aged. Music is so much a part of our lives. It begins with a mother’s lullaby to her baby. As we grow up we learn songs from our parents, from kindergarten, from school, from family and friends. Music is also a part of religious rituals and prayers that begin in infancy. 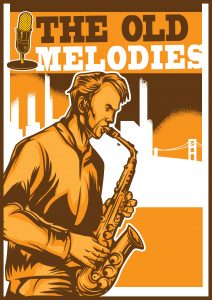 Alzheimer’s disease is the most common form of dementia and the numbers worldwide are growing rapidly. Since at the present there is no cure for Alzheimer’s, music therapy is a non-pharmacological way to treat people suffering from it to help with quality of life.

Some off the ways music therapists work with seniors with dementia are listening to music, singing songs, dancing, playing musical instruments, moving rhythmically to music and combining singing with karaoke and with other various activities. Karaoke was developed in Japan and is recorded music that can accompany someone singing into a microphone.  Studies show that background music also has a positive effect on dementia sufferers.

One study showed that the type of music that had the most dramatic effect on triggering memories from the past was sad emotional music. This suggests that it is the emotional feelings experienced while listening to this kind of music by seniors suffering from dementia that awakens memories. Another study showed that listening to music had a positive effect on hormone levels associated with memory improvement like estrogen, and testosterone.

The American Music Therapy Association (AMTA) reports that in response to music, a man with Alzheimer’s danced with his wife for the first time in five years.

“The power of music is very remarkable… One sees Parkinsonian patients unable to walk, but able to dance perfectly well or patients almost unable to talk, who are able to sing perfectly well… I think that music therapy and music therapists are crucial and indispensable in institutions for elderly people and among neurologically disabled patients.”

Dr. Sacks also reported that during the time when Alzheimer’s or Parkinson’s patients have these moments where they can sing or dance or play music their electroencephalogram EEG also appears normal.

While music therapy cannot cure dementia or Alzheimer’s, nonetheless, it is a powerful tool to help Alzheimer’s patients by triggering long-forgotten memories and helping them with depression and anxiety. Music Therapy can help make for better quality of life and Music therapy should be a part of their therapeutic regimen.