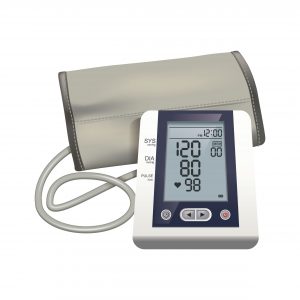 An innovative totally non-invasive and inexpensive way has been found to lower blood pressure in people who suffer from supine hypertension due to autonomic failure. This is a condition that causes blood pressure to rise while lying down and can cause a big drop in blood pressure when getting up. Using a heating pad overnight lowered systolic blood pressure significantly for people whose blood pressures rose when lying down. The study was carried out by researchers at Vanderbilt University Medical Center in Nashville, Tennessee. The results of the study were presented September 6, 2018 at the American Heart Association’s Hypertension 2019 Scientific Sessions in New Orleans.

According to the author of the study, Luis E. Okamoto, M.D., many people with autonomic failure when exposed to heat had a reduction in their blood pressure as the blood shifted to vessels of the skin.

Additional research is needed to examine the long-term safety aspects, as well as the effectiveness of this heating pad treatment.

Parkinson’s disease (PD) is the second most common neurodegenerative disease after Alzheimer’s disease. About a million Americans have Parkinson’s disease and every year there are about 60,000 new cases. About 10 million people suffer from PD worldwide. Most people develop Parkinson’s after the age of 60. However, there are also early onset cases in younger people. Parkinson’s is more common in men than women unlike Alzheimer’s disease, which is more common in women than in men. To date, no cure or way of reversing PD has been found. Treatment mainly focuses on treating symptoms.

Parkinson’s disease is progressive and usually gets worse over time. The day may come when it is time to think about long-term skilled rehabilitation and nursing care.

Since lying down high blood pressure is difficult to treat, it is hoped that this simple non-invasive and inexpensive treatment will prove to be the right treatment for supine hypertension.