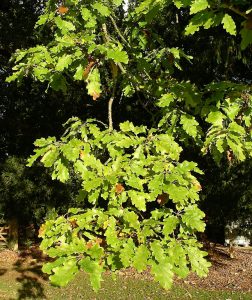 Many of our medical drugs have their origin in the plant world and with the growth of antibiotic resistant strains of bacteria, the search is on for new ways to fight infections. A study by researchers from Emory University in Atlanta, Georgia published May 22, 2019 in Scientific Reports shows that plants used by Confederate doctors during the American Civil War show promise against three species of multi-drug-resistant bacteria associated with wound infections. Towards the end of the American Civil War a Union blockade was put around the Confederate south and this led to a shortage of medicines needed to treat Confederate soldiers such as quinine, morphine and chloroform.

Book of 37 Plants to Treat Gangrene and other Infections

Thus, a botanist and surgeon from South Carolina named Francis Porcher was sent to find native plants from the southeastern United States that could be used in place of the medicines that the Confederate doctors could not obtain. Porcher put together a book of 37 plants that included remedies by Native Americans and African Americans that could be used for treating gangrene and other infections caused by battle wounds. In turn, Samuel Moore, the Confederate Surgeon General published a field guide of medicines from native plants to be used by physicians on the battlefield. In fact, infection was a leading cause of death for soldiers during the Civil War and amputations were very common. According to Micah Dettweiler, the first author of the study, more soldiers died of infections and disease during the Civil War than in battle.

Only three of the 37 plants listed in the book by Porcher have been tested for antiseptic properties:

The White Oak was effective in stopping the growth of three multi-drug-resistant strains of bacteria that are especially common in wound infections:

The Tulip Tree and the Devil’s Walking Stick showed some potential antibiotic action against Staphylococcus aureus.

According to the Centers for Disease Control and Prevention (CDC), antibiotic resistant strains of bacteria infect about two million people every year in the United States and kill about 23,000 people infected with them. Antibiotic resistant bacteria are those strains that have built up resistance to the antibiotics that are normally used to treat them, so these antibiotics can no longer be used to cure these kinds of infections.

Antibiotics first came into use during World War II and were hailed as miracle drugs, as they save lives.

There are many surgical procedures, organ transplants, joint replacements, cancer therapies and treatment of chronic diseases that depend on antibiotics. Thus, the emergence of antibiotic resistant strains of bacteria will lead to more and more deaths.

Hospitals are one of the easiest places to pick up antibiotic resistance strains of bacteria, especially for people who have weakened immune systems, suffer from chronic illnesses or are weak after surgical operations. In fact, these healthcare associated infections (HAIs) are the main reason that doctors send patients home as soon as possible, when they are hospitalized. They do not want patients to hang around long enough to pick up dangerous strains of antibiotic resistant bacteria.

Anything that can help to find new treatments for antibiotic resistant bacterial strains should be welcomed.