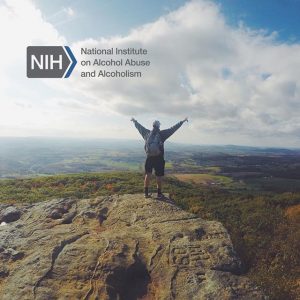 There has been a lot of confusion about what amounts of alcoholic beverages pose risks for the senior population. At one time only heavy alcohol drinking was considered to be bad, but newer research shows that drinking alcohol increases risks for heart attacks, strokes and early death. A study published April 14, 2018 in Lancet with information taken from 83 studies with 599,912 participants who were drinkers showed that alcoholic beverages increased the risk for heart attacks, strokes and early death. In our blog post from August 30, 2018 we wrote about a study published August 24, 2018 in Lancet that showed that the only safe level for drinking alcoholic drinks is not to drink at all.

Aging increases sensitivity to alcohol, so seniors cannot drink the same amounts as they did when they were younger. This makes seniors less alert, increases the chances for balance problems and unintentional falls, home accidents and road accidents. Drinking alcohol can also lead to violence.

According to the National Institute of Aging (NIA) alcohol is a factor in:

For More Information about Alcohol Use and Safety contact:

Alcohol can Lead to Dangerous Diseases

Research has shown that drinking alcohol can raise the risk for certain kinds of cancers, heart attack, stroke, liver damage and brain damage.

Since alcohol deadens pain, certain diseases may get overlooked including warning pains of a heart attack.

Seniors suffer from many chronic diseases, Alcohol has a bad effect on the following chronic diseases and can make many of them worse or even lead to life-threatening complications:

Alcohol and Seniors on Medications

The National Institute on Alcohol Abuse and Alcoholism (NIAAA) estimates that about 40% of Americans over age 65 drink alcohol and 78% of them take medicines that can interact dangerously with alcohol. Many seniors take prescription and over-the-counter medicines for chronic illnesses or chronic pain. There are warnings on many drugs not to be taken together with alcohol. However, not all seniors alert their doctors that they drink. You should always read a package insert if there is one with your medicine. Here are a few drugs that have dangerous – even fatal interactions with alcohol:

A study published February 20, 2018 in Lancet found that heavy alcohol drinking was the main cause of all dementias, but especially early onset dementia. The study had over a million participants in France. Dr. Jurgen Rehm who co-authored the study claims that alcoholic disorders shorten life by 20 years and also lead to death in people with dementia.

If you or your loved one are in need of rehabilitation and skilled nursing care for any reason the Royal Suites Healthcare and Rehabilitation in Galloway Township, New Jersey is a 5-star facility surrounded by 8 acres of woods and gardens. They offer excellent rehabilitation for strokes, heart disease, accidents, post-surgery and more.

The best results of these studies show that cutting down or quitting drinking can lead to better health in seniors.