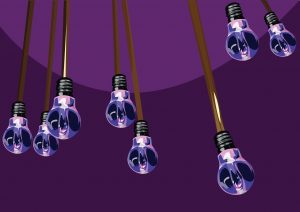 A new study published by scientists at the National Institute of Health (NIH), June 10, 2019 in the JAMA Internal Medicine has found that women who sleep with artificial light at night (ALAN) and/or the television on have a higher rate of obesity. In fact, obesity might be able to be prevented by encouraging women to turn off the lights. To read more about obesity see our blog post from November 30, 2018.

The researchers used data obtained from questionnaires from 43,722 women enrolled from July 2003 until March 2009 in the Sister Study. The Sister Study was a cohort study to learn more about risks for breast cancer and other illnesses. The women were aged 35-74 years old and had no history of cardiovascular disease or cancer. They did not work shifts, were not daytime sleepers or pregnant at the beginning of the study. Follow-up was completed on August 14, 2015.

The researchers used the following body and weight measurements from the beginning of the study together with follow-up after five years:

Questions about Sleeping with Artificial Light at Night (ALAN)

The women were asked questions about their sleeping habits with or without artificial lighting at night (ALAN) such as:

Results Varied According to Amount of Artificial Light at Night (ALAN)

The results varied according to the amount of artificial light at night (ALAN) the women were exposed to during sleep.

The use of a small night light was not associated with gaining weight and keeping a light on outside the room was not significant. However, women who slept with a light on or a television on in their rooms showed a 17% higher risk for gaining 11 pounds (5 kilograms) or more during the follow-up period as well as a body mass index (BMI) increase of 10% or more.

According to Chandra Jackson, who co-authored the study, people who live in urban areas are exposed to a lot of artificial light at night (ALAN) such as streetlights, neon signs on shops and places of entertainment and other sources for light. This should be taken into consideration, as this artificial lighting may inhibit the sleep hormone melatonin, cause changes to hormones and biological processes and disrupt the natural 24-hour cycle of circadian rhythms. It is more natural, genetically, for human beings to be exposed to strong sunlight during the day and to have darkness at night except for moonlight and light from stars.

Obesity in the United States

According to the Centers for Disease Control and Prevention (CDC), more than 41% of US seniors age 60 and over are obese. More than 42% of middle-aged adults age 40-59 years are obese.

If you are searching for a skilled short or long-term nursing care solution for your loved one and are worried about gaining weight, then look for a place that puts emphasis on good nutrition like the Royal Suites Healthcare and Rehabilitation in Galloway Township, New Jersey. Royal Suites has an onsite chef who prepares nutritious healthy non-fattening meals under the supervision and guidance of a registered dietitian. Special dietary needs are accommodated with a variety of selections, so that there is something to please everyone’s tastes.

If you are fighting overweight and obesity and sleep with lights or the TV on or both on, try sleeping with only a small night light instead.