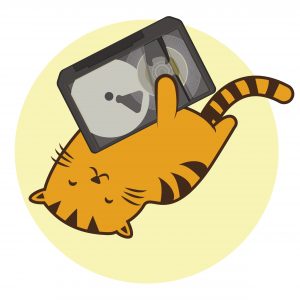 We live in a digital age. Computer games today are one of the world’s top forms of entertainment. Popular with all ages, it is estimated that more than 1.2 billion people all over the world play computer games. Now a unique video computer game is helping stroke survivors regain movement and muscle function in their arms.

Wearable Device can be Used at Home

According to Dr. Marc Slutsky, associate professor of neurology and physiology at Northwestern University Feinberg School of Medicine, the game is like an entertaining video game from the 1980s. The device which is wearable was used at home by the patients who participated in the study. The device can communicate with a wireless connection to a laptop or tablet. The researchers hope that eventually they will have developed a totally wireless device.

Many stroke survivors are commonly found to have problems with muscles that act against each other in irregular ways. This is called abnormal co-activation or abnormal coupling. This is the reason so many stroke survivors have a bent elbow. This keeps them from being able to move their arm forward with a straight elbow. This disability has a bad effect on their quality of life as they are unable to regain skills like eating, bathing or dressing themselves.

The electrical muscle activity of the device called an electromyogram (EMG) controls a cursor in a customized video game. The more the muscles work normally, the higher is the person’s score. For example, the two muscles that were abnormally coupled could move the cursor in either a horizontal or vertical direction. The goal was to only move the cursor vertically or horizontally and not diagonally. This encouraged the 32 participants in a fun way to learn to decouple the abnormally coupled muscles in order to get a high score. The 32 participants were severely disabled from a stroke in their arms and elbow and could barely move them. Some had experienced a stroke about six months before participating in this trial. Others had experienced strokes as much as six years earlier.

The participants were divided into three groups:

After completing the MyoCl wearable computer game treatment, the participants in all three groups showed significant improvement. They could move the angle of their elbow about 11 degrees more than they had been able to prior to the trial. Also, there was less spasticity in all the participants. None of the participants showed any signs of bad effects.

Patients can Play this Game Whenever they Need to

A major advantage to using this device in stroke rehabilitation is that the patient can play this game at home as often as they need to.

If you or your loved one are stroke survivors and in need of a good rehab, the Royal Suites Healthcare and Rehabilitation in scenic Galloway Township, New Jersey offers excellent post-stroke care. Royal Suites also has a state-of-the-art gym.

This study showed that this inexpensive wearable gaming device could be used to treat stroke survivors with serious impairments at home.