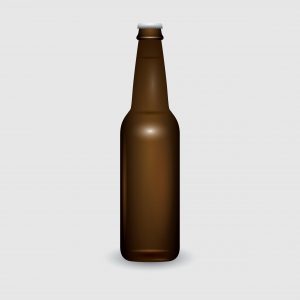 Alcohol not Safe at any Level

The latest study on alcohol consumption carried out by researchers from the University of Washington published August 24, 2018 in the Lancet Journal shows that it is a killer and was responsible for 2.8 million world-wide deaths in 2016 and alcohol use was ranked as the seventh leading risk factor for premature death and disability for people ages 15-49. Mortality rates were higher among men than women.

Correlations were found between drinking and premature death, cancer, and cardiovascular problems. Contrary to previous opinions that moderate drinking is not only safe, but also beneficial, this research only showed health benefits for zero drinking. Only not drinking any alcohol was associated with lower rates and risks for diseases.

The Annual Global Burden of Disease

The study, was part of the annual Global Burden of Disease, and examines alcohol-related health outcomes and trends from 1990 to 2016 for 195 countries and territories.

The highest rates for deaths from alcohol consumption were in Eastern Europe and parts of Africa. The lowest rates were in Moslem countries, as Moslems are prohibited from drinking any alcohol.

The researchers found that the risk for all-cause mortality and specifically for cancers rises as the levels of consumption increase and the only level of consumption that minimizes health loss is zero.

The Three Leading Causes of Death for both males and females were:

Even though it is believed that some alcohol has a protective effect for ischaemic heart disease and diabetes in females, the researchers noted that the increased risks for cancers far outweighed any possible beneficial effect and as the rate of alcohol consumption increased, so did the rate of cancer.

Governments Must Act to Control the Consumption of Alcohol

The researchers suggest that governments take measures to reduce the consumption of alcohol to prevent the millions of deaths, accidents, diseases and self-harm that come from alcohol consumption. They suggest placing excise taxes on alcohol, regulating hours of sale and controlling alcohol advertising. Failing to act to curb the dangers from alcohol can have very bad effects on population health. They cite Russia as an example where beginning in the 1980s alcohol use led to the deaths of 75% of men aged 15-55.

They also say that popularly held views that alcohol use is healthy must be changed.

Whereas most health guidelines recommend two drinks a day as beneficial, the researchers say these must be changed to zero drinks a day.

People who do not Drink can also get Diseases

It goes without saying that even people who do not drink can also get heart attacks, strokes, liver disease, cancers and more. However, drinking raises the risks for all of these things. If you or  your loved one are in need of rehabilitation and skilled nursing care for any reason the Royal Suites Healthcare and Rehabilitation in Galloway Township, New Jersey is a 5 star facility surrounded by 8 acres of woods and gardens. They offer excellent rehabilitation for strokes, heart disease, accidents, after-surgery and more.