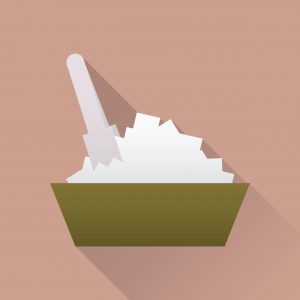 Got a sweet tooth? We all know that sugar is not good for our teeth. Eating sugar and sweets has been linked to obesity and diabetes and in turn, diabetes is associated with an increased risk for heart disease, stroke, chronic kidney disease and dementia. As if all of this is not enough, research has shown that sugar can also speed up the growth of certain kinds of cancers and tumors. Sugar actually can fuel the growth of some kinds of cancers.

Dr. Lewis Cantley, the Meyer Director of the Sandra and Edward Meyer Cancer Center at Weill Cornell Medicine in New York and his researchers have found that for many kinds of cancers, sugar speeds up the growth of tumors. In fact, any rise in insulin sparked by consuming sugar, can also speed up the growth of many kinds of cancer. Dr. Cantley suggests that once a certain kind of cancer is identified, a patient could also be given a diet plan specifically designed to combat that particular kind of tumor. By eliminating foods that can fuel tumors, the cancer has a better chance to be eliminated. Thus, while many cancers need sugar and insulin to promote, speed and fuel the growth of their tumors, other cancers need certain kinds of proteins such as glutamine or serine to fuel their growth.

In the past when Dr. Cantley was a professor at Tufts University School of Medicine, he identified an enzyme that had not been previously known, the phosphoinositide-3-kinase (P13K).  P13K was found to be a kind of master switch for the growth of cancer cells by alerting cells to the presence of insulin, which causes the cancer cells to attract glucose (sugar).

However, if this P13K process slows down, the body develops insulin resistance and cannot take up enough glucose (sugar) and this becomes type 2 diabetes.

On the other hand, cancer is linked with the speeding up of this P13K process, which causes a lot of glucose to become available for feeding the cancers and so the tumors grow and spread more rapidly. The role of the P13K enzyme has been linked to about 80% of all cancers, especially for the breast, brain and bladder.

Trial for a Ketogenic Diet

Dr. Cantley, together with other researchers such as Dr. Marcus Goncalves, Dr. Vicky Makker and Dr. Katie Hootman director of the Metabolic Research Unit at Weill Cornell Medicine’s Clinical and Translational Science Center (CTSC) think that a ketogenic diet where the body relies on the metabolism of fat as the main fuel for energy rather than carbohydrates (sugar and starch) may be able to slow down the growth of some kinds of tumors., especially for endometrial cancer.

The researchers will be carrying out a trial of 30 women with cancer to see if a ketogenic diet that restricts carbohydrates can reduce insulin levels to the point where their cancerous tumors will be starved. This ketogenic diet does not promote the release of insulin and thus the researchers believe that this will slow down or prevent tumor growth. The diet they have designed takes 85% of its calories from fat, 10% from protein and 5% from carbohydrates. In contrast, the most common American dietary pattern takes 65% of its calories from carbohydrates. In fact, according to the World Health Organization (WHO) the average American consumes 126 grams of sugar daily, which is more than any other country in the world. For the record, Dr. Cantley has not touched sugar for 40 years and considers that the commonly found desire for so much sugar is an addiction.

Rehabilitation after Surgery or Treatment for Cancer

If you or your loved one are in need of short-term rehabilitation after surgery for cancer, the Royal Suites Healthcare and Rehabilitation in Galloway Township, New Jersey offers expert rehabilitation and skilled nursing care in their beautiful 5-star facility that is surrounded by eight acres of woods and landscaped gardens.

It certainly pays to limit or give up sugar completely in one’s diet, as it is associated with a high risk for several very serious chronic diseases like obesity, diabetes, heart attack, stroke and certain kinds of cancers.