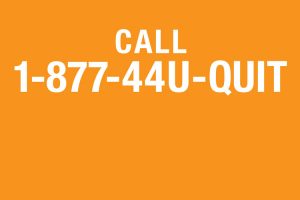 On Thursday, November 21, 2019 the American Cancer Society will hold the Great American Smokeout event. The main purpose of this 44th annual event is to encourage Americans to quit smoking or to make a plan for quitting moking. Joining thousands of other people all over the United States on the day of the Great American Smokeout can encourage you to quit. The American Cancer Society suggests that in order to quit you may need medicines, emotional support and a method to change personal habits.

Quitting Smoking can Save Lives from Smoking-related Illnesses

Tobacco Use is Linked to 12 Different Kinds of Cancers

According to the Centers for Disease Control and Prevention (CDC), tobacco use is linked to 12 different kinds of cancers:

Rate of Americans Smoking is the Lowest Since 1965

The Centers for Disease Control and Prevention (CDC) report that in 2018, 13.7% of American adults were smokers, which is the lowest rate since monitoring began in 1965. However, even though the rate of smokers is lower, 34.2 million American adults are still smoking, although 70% of them want to quit smoking. In fact, about half of them tried to quit smoking over the past year. According to the CDC, from 2010-2014, about 3.3 million (about 667,000 a year) new tobacco-associated cancer cases were reported in the United States.

Support for Quitting is offered at:

Smoking is the Leading Preventable Cause of Disease, Disability and Death in the United States.

According to the Centers for Disease Control and Prevention (CDC), smoking and second-hand smoke cause an estimated 480,000 deaths (1 in 5) a year in the US. This number includes 41,000 deaths among adults and 400 deaths among infants that are from exposure to secondhand smoke. About half of all people who smoke cigarettes for 20 years will die of a tobacco-related disease, but quitting smoking can decrease this risk.

Tobacco contains about 7000 chemicals and hundreds of these are toxic and about 70 of them can cause cancer. Smoking costs approximately $300 billion every year in direct health care expenses. More than 16 million Americans are living with a smoking-related disease.

Smoking is also Linked to Heart Attacks and Strokes

It is now well known that smoking increases the risk for cardiovascular events like heart attacks and strokes.

How Tobacco is used in the United States

Besides smoking tobacco cigarettes, tobacco is also used in the following ways in the United States

If you or your loved one are in need of short or long-term rehabilitation and skilled nursing care, the Royal Suites Healthcare and Rehabilitation in scenic Galloway Township, New Jersey offers expert care at the hands of a warm and caring staff. Some of their specializations are cardiac rehabilitation, post stroke care and rehabilitation after surgical procedures.

Join in now with the Great American Smokeout to make a plan for quitting smoking.