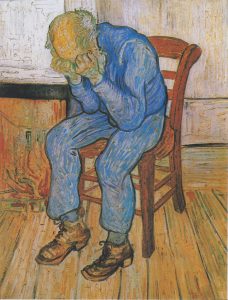 A study presented at the American Psychiatric Association’s annual meeting May 19, 2019 in San Francisco, shows that a high adherence to a Mediterranean Diet may reduce the risk of late-life depression in seniors. The cross-sectional study was carried out by researchers at the Hellenic Open University in Greece and led by Konstantinos Argyropoulos with the participation of members of day-care centers for the elderly in East-Attica, Greece.

Results of the Greek Study

The researchers discovered that those who consumed a diet higher in vegetables and lower in poultry and alcohol were associated with a lower risk for developing late-life depression. In fact, analysis showed that:

In regards to the study, the Olive Oil Times reported that Mark D. Rego, an assistant clinical professor of psychiatry at the Yale University School of Medicine suggested that the Mediterranean diet may protect the brain by building strong healthy blood vessels in the brain. Research has shown that the Mediterranean diet, especially with the inclusion of extra virgin olive oil, is associated with good vascular health and a lower risk for cardiovascular disease. Dr. Rego also remarked that late-life depression differs from depression that develops at a younger age. He suggests that half the cases of late-life depression may be the first symptom of dementia and this may be the result of many tiny mini strokes in the brain.

Depression is a potentially dangerous state for seniors, as untreated depression can lead to suicide or suicidal attempts, especially among those suffering from Alzheimer’s disease. An association has also been found with depression and serious neurodegenerative diseases like Parkinson’s disease, dementia and multiple sclerosis (MS). However, no one is certain whether the depression is an early warning sign of one of these neurodegenerative diseases or whether in fact depression can cause them. Read more about depression and seniors in our blog post from August 3, 2018.

Depression is not a Normal Part of Aging

While seniors can suffer from depression, it is not a normal part of aging. Life events like the death of a beloved spouse, losing income or having to cope with a serious illness can make a person feel grief-stricken and sad. However, most people get over these feelings after allowing time to adjust. The National Institute on Aging (NIA) has tips to help people cope with the death of a beloved spouse. However, true clinical depression is much more than just feeling sad, but is a very serious mood order disease that will not go away without professional medical intervention and treatment.

If your loved one is in a crisis and threatening self-harm, you must call 911 right away and go to an emergency or mental health center. You can talk to a trained counselor at the National Suicide Prevention Toll-free Lifeline that operates 24/7:

The Royal Suites Healthcare and Rehabilitation in scenic Galloway Township, New Jersey is a beautiful 5-star facility that offers skilled nursing care at its best. Royal Suites is located in a lovely setting surrounded by eight acres of woods and gardens and is also close to major roads, hospitals and shopping centers. There is a high ratio of staff per resident so that your loved one will get the very best attention.

Since a Mediterranean diet may help to prevent late-life depression as well as cardiovascular disease it certainly pays to add more vegetables to your diet, more fish and less poultry and alcohol.