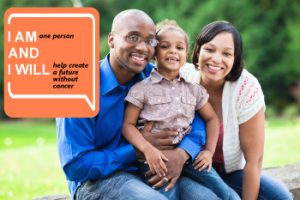 Today February 4 is World Cancer Day. World Cancer Day was begun by the Union for International Cancer Control (UICC) on February 4, 2000 at the World Summit against Cancer for the New Millennium in Paris. The aim was to prevent cancer, promote research, improve services for patients and to raise awareness around the world of the need to reduce the global burden of cancer.

The Burden of Cancer

Every year 9.6 million people die from cancer all over the world. Cancer is the second leading cause of death in the United States and worldwide.

Cancer deaths are projected to reach 13 million by 2030.

According to the National Cancer Institute (NCI), about 38.4% of American men and women will be diagnosed with cancer at some point during their lifetimes.

Today 70% of deaths from cancer are in low-to-middle income countries.

A third of cancer cases can be cured if detected early and treated thus saving 3.7 million lives a year

The total yearly economic cost of cancer is about USD $1.16 trillion.

Cancer develops when normal cells in the body begin to divide and multiply without stopping and this leads to the formation of a tumor which can then spread to other parts of the body. Leukemia, cancer of the blood, does not produce a tumor.

Benign tumors are not cancerous, usually grow very slowly and only present a problem if they get too big or grow in a place like the brain.

Pre-cancerous tumors or polyps are those that are most likely to become cancerous.

Malignant tumors are cancerous, grow fast and can invade nearby tissue and spread via the blood stream or lymph system into other parts of the body and start new tumors called metastatic malignant tumors.

More than 1/3 of cancer cases can be prevented by adopting a healthy lifestyle such as:

Do not smoke, as tobacco smoke has about 80 different substances that can cause cancer. Smoking or chewing tobacco causes about 22% of all cancer deaths.

Alcohol has been shown to raise the risk for six different types of cancers such as breast, mouth, throat and voice box, colorectal, esophageal, liver and stomach. Even moderate drinking is dangerous and the more one drinks the greater is the chance to develop cancer.

Excess weight and obesity have been linked to an increased risk for getting 12 different kinds of cancers including colorectal and pancreatic cancer. A study published December 12, 2018 in CA: A Cancer Journal for Clinicians found that excess weight was responsible for 3.9% of cancers worldwide.

Being physically active helps to reduce the risk of developing breast, colon and endometrial cancer.

Research shows an association with eating a high red meat diet, processed meats, salted foods and low consumption of vegetables and fruits and a greater risk for colorectal, throat and stomach cancer.

Some Fruits, Berries, Nuts and Vegetables have been Found to Lower the Risk for Cancer

Grapes and berries, especially cranberries, and blueberries have been found to have anti-cancer properties. Grape skins contain resveratrol, which has been shown to destroy cancer cells in the lab. Also, a study published September 24, 2018, in Scientific Reports showed that giving mice resveratrol through their noses protected them from lung cancer. Nuts, especially walnuts and almonds have also been associated with a lower risk for contracting cancer. Extra virgin olive oil has oleocanthol, which has been shown in the lab to be able to destroy cancer cells. Broccoli and other cruciferous vegetables like cabbage have been associated with a lower risk for colorectal cancer according to some studies. Including these foods in your diet may help prevent getting ill with cancer.

Avoid exposure to work place carcinogenic hazards like asbestos, which causes a kind of lung cancer called mesothelioma and chemical dyes that are associated with a higher rate of bladder cancer.

Infectious agents like viruses can cause changes in cells that can trigger cancers. There are some vaccines that can protect against some of these viruses such as the vaccine against the Hepatitis B Virus (HBV). HBV can lead to liver cancer or Non-Hodgkin lymphoma. There is also a vaccine for Human Papilloma Virus (HPV). HPV can lead to cancer of the cervix.

Also, Hepatitis C can lead to liver cancer and non-Hodgkin lymphoma, but there is no vaccine so far for Hepatitis C. Also, the Epstein-Barr virus from the herpes family of viruses has been linked to lymphoma cancers.

People who have a helicobacter pylori stomach infection have an increased risk for stomach cancer.

Other Risks for Cancer

There are other risks for cancer such as aging, genes and weakened immune systems from organ transplants or diseases like AIDS.

Signs that may be Cancer

The following may be signs of cancer, but they can also be for other medical conditions. However, you should not ignore these, but should see your doctor:

If you or your loved one are in need of rehabilitation after cancer surgery, the Royal Suites Healthcare and Rehabilitation in Galloway Township, New Jersey offers expert post-surgical care. Royal Suites also is situated in a beautiful location surrounded by eight acres of woods and landscaped gardens.

Since almost 40% of American men and women will be diagnosed with cancer at some point in their lives, we should all take steps to prevent this as much as possible by following a good lifestyle and giving up harmful habits like smoking and drinking.