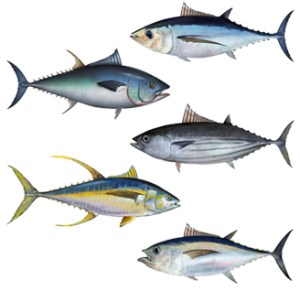 Moms may have known what they were talking about when they told us to eat fish before tests in school in order to help us pass them. Fish, especially tuna, contains a lot of a common vitamin known as Vitamin B3 or niacin. Niacin has long been known to be important for good mental health. A deficiency in niacin can lead to a disease called Pellagra that causes diarrhea, dementia and skin problems.

Scientific studies have shown that Vitamin B3 might help prevent the destructive brain damage that occurs in patients suffering from Alzheimer’s disease. A study that appeared in PNAS (Proceedings of the National Academy of Sciences of the United States of America) showed that a form of the common B3 vitamin, nicotinamide riboside commonly known as niacin was able to arrest brain damage and improve memory function in mice.

In the study mice were developed to have Alzheimer like symptoms. A compound composed of Vitamin B3 was able to neutralize neuro-inflammation which leads to DNA damage in brain cells. DNA brain cells in Alzheimer’s patients cannot repair themselves. Moreover, niacin was also found to increase learning, memory and motor skills in the AD-like mice.

In an earlier study researchers found that niacin was able to prevent cognitive decline in mice.

Results of these studies strongly suggest that niacin might be useful in a therapeutic way for treating Alzheimer’s patients. More studies will need to be done with human clinical trials to see if these effects on mice can also apply to people suffering from dementia and Alzheimer’s. Alzheimer’s disease is the most common incurable dementia and the numbers of people afflicted with it are growing at an alarming rate. If studies with humans also show that niacin can protect the brains of people suffering from Alzheimer’s, research will be necessary to show at what dosages treatment with niacin is effective and safe.

Caution Niacin can have Dangerous Interactions with Prescription Drugs

Niacin in large dosages is toxic and large amounts even in safe levels can also cause flushing. Also, niacin in large doses can lower blood cholesterol levels and can have dangerous interactions with other cholesterol lowering medications like statins. These interactions can lead to muscle damage and a very dangerous disease state that can damage kidneys called rhabdomyolysis. Too much niacin can also cause liver problems and lead to nausea, diarrhea and other gastrointestinal problems. Low blood pressure can also be a side effect from taking too much niacin and this can interact dangerously with blood pressure lowering medications. No one should take supplemental niacin without consulting a doctor, who can also monitor the effects of niacin with lab tests.

However, no harm can come from eating niacin rich foods like fish especially tuna, poultry, meat, liver, mushrooms, peas, mangos, peanuts, avocados, sunflower seeds, eggs, spinach, potatoes, sweet potatoes, butternut squash, corn, pumpkin, winter squash and more. B complex vitamins, in general, have been used in treating patients suffering from psychosis and other mental illnesses. Check with your doctor about taking B complex vitamins that contain niacin. Brewer’s yeast is a very rich natural food source for B vitamins except for Vitamin B12. However, brewer’s yeast also contains chromium and is not recommended for diabetics. Vitamin B12 cobalamin has also been used to prevent mental illnesses. Your doctor can send you for a simple blood test that can determine if you are deficient in Vitamin B12 and effective supplementation is by dissolving a pill under the tongue. No one should take supplemental Vitamin B12 or brewer’s yeast, however, without consulting a doctor.

Interestingly, in different studies niacin was also found to prevent glaucoma in mice.

Since niacin has been shown in studies to improve the condition of Alzheimer-like mice, there is a possibility that niacin can also benefit humans suffering from dementia and Alzheimer’s. However, more research is necessary to determine just how niacin might affect dementia and Alzheimer’s patients. While no one should take supplemental niacin without consulting a doctor who can monitor them with lab tests, it is safe to eat more niacin-rich foods.