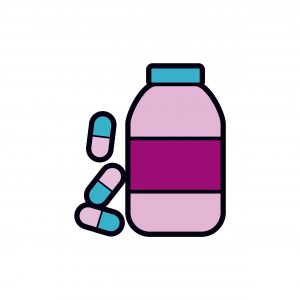 A study published September, 2019 in Redox Biology by researchers from the Baker Heart and Diabetes Institute in Australia found that a strong form of Vitamin E called alpha-tocopherol (α-TOH) can prevent permanent damage or death of the heart muscle after a heart attack. The lead author of the study was Professor Karlheinz Peter, the Deputy Director of the Baker Institute. Professor Karlheinz Peter expressed the frustration felt by doctors who can successfully reopen a clogged coronary artery after a heart attack, only to have the heart muscle die. This leads to heart failure, which can also lead to death. Vitamin E was found to prevent damaging inflammation, oxidative stress and heart muscle damage in mice.

According to Dr. Maria Wallert, nutritional scientist and vitamin specialist from Jena University in Germany, there is no drug at the moment that can reduce damage to the heart muscle after a heart attack. Inflammation that sets in after a blocked coronary artery is reopened causes muscle damage to the heart. Thus, Vitamin E may show great promise for a low cost treatment for saving a heart after a heart attack by preventing the heart muscle from dying.

Research will have to be carried out in human trials to see if Vitamin E will work as well with humans as it did with mice. The effective amount of Vitamin E used in the study is safe to use in human trials. The hope is that Vitamin E could be given to patients while still in the ambulance or after arrival in the emergency room (ER), even before the blocked coronary vessel is opened and stented. It could also be administered during the remainder of the hospital stay before discharge.

Myocardial infarction (MI) or heart attack is a leading cause of death in the United States and worldwide. According to the Centers for Disease Control and Prevention (CDC):

If further human trials confirm the ability of Vitamin E to prevent damage and death of the heart muscle after a heart attack, this will be a life saver.