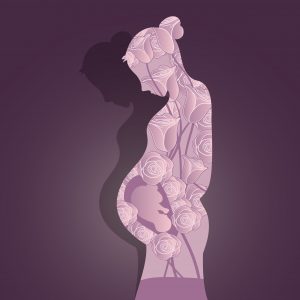 Women Make up Two thirds of People with Alzheimer’s Disease

However, at the Alzheimer’s Association International Conference (AAIC) that was held in Chicago, July, 2018, there was a report of a large cohort study comparing women and their reproductive history with the risk for dementia. The California researchers including Paola Gilsanz, ScD, staff scientist at Kaiser Permanente Northern California Division of Research in Oakland, California, and Rachel Whitmer, PhD, a professor at UC Davis, examined self-reported information from 14,595 women between the ages of 40-55 during the time period 1964-1973 and discovered the following:

Having Three or More Children Lowered Risk for Dementia

Women who had three or more children had a 12% lower risk for dementia in comparison to women who had only one child.

Natural Menopause Before Age 45 Had Higher Risk for Dementia

The Average Length for the Reproductive Period was 34 Years.

Study Comparing Rate of Pregnancy with Risk of Alzheimer’s

A study of 133 elderly British women showed that women who spent 12.5% or more months pregnant had a lower risk for Alzheimer’s. Pregnancy causes a large increase in the hormone estrogen in women, which has already been shown to be protective against osteoporosis and cardiovascular disease. Pregnancy also appears to offer some kinds of benefits to the immune system. For instance pregnant women have more T cells, which could possibly be their protection against dementia in later life.

Hormone therapy that was used by women ages 50-54 did not show any negative effects on cognition. However, hormone therapy initiated at age 69-79 showed a reduction in working memory, cognition and executive functioning.

Alzheimer’s disease is the most common dementia affecting about 50 million people all over the world. It causes severe memory loss, confusion, behavior and psychiatric problems and in its final stage the person is unable to perform even the most simple of tasks. It causes considerable damage to the brain with the formation of plaques of beta amyloid protein and tangles of tau protein. Alzheimer’s causes enormous emotional and financial stress on families. Most Alzheimer’s patients are care for by voluntary caretakers who are usually family members. One of the main problems is that Alzheimer’s appears to have a pre-clinical phase that begins about 10 years before there are any symptoms. Once there are symptoms, however, there has already been extensive brain damage. Researchers are also trying to find better ways to diagnose it earlier, while it is still in this pre-clinical stage and before the brain suffers damage. To date, no real cure has been found and no way has been found to prevent it. Millions of dollars are being invested into research to find a cure. Researchers are also working on vaccines to prevent Alzheimer’s or drugs to try to stop the progression of the disease. See our earlier blog post from April 23, 2018 about research on a vaccine.

If your loved one is suffering from Alzheimer’s and is in need of going to a skilled rehab and nursing facility, choose on that has an Impaired Memory Care Unit like Royal Suites Healthcare and Rehabilitation in Galloway Township, New Jersey.

Results from these studies show that women who are able to fulfill their biological role by having three or more children have more protection against the onset of dementia in later life. Women who suffer from miscarriages have an increased risk for dementia. Hormone therapy appears to be beneficial only right after menopause, but dangerous in old age. Further research is needed to calculate the relationship between events connected with reproduction in women and brain health.